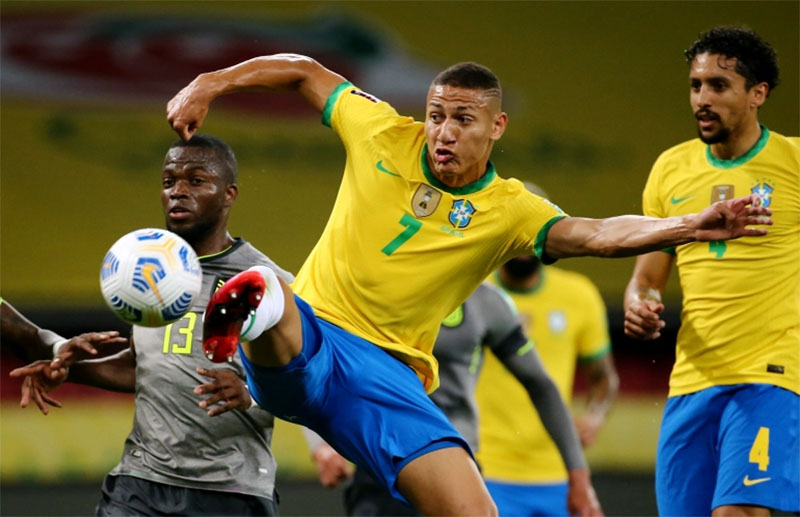 The future of Copa America has been thrown in doubt after the captain of host nation Brazil suggested the entire squad is against the event taking place in the country.

Brazil was unexpectedly chosen to host the Copa America after Colombia was forced to withdraw because of social unrest while co-host Argentina was ruled out due to the COVID situation in the country.

Multiple news reports in Brazil have said the players are upset at not being consulted about the decision as well as the possible public health consequences.

Captain Carlos Casemiro said the players will wait until next week to comment on reports, adding that any decision would be made jointly by the players and coach.

“We can’t talk about the issue [but] everyone knows what our position is regarding the Copa America,” Casemiro said after Brazil beat Ecuador 2-0 in a World Cup qualifying game in Porto Alegre on Friday.

“It’s impossible to be clearer. We want to express our opinion after the game against Paraguay.”

As of June 5, Brazil has reported just under 17 million coronavirus cases, the third most in the world, and more than 470,000 deaths, second behind the United States.

Just 10 per cent of the population has been fully vaccinated and the day after Brazil was confirmed as host, it recorded 94,509 new cases, the country’s second-highest number on record.

On the eve of the match, team coach Tite admitted his players had discussed with the president of the Brazilian football confederation whether or not they should play the continental tournament.

A final answer on the issue is expected after the match against Paraguay on Tuesday.

Ecuador defender Robert Arboleda added that national team captains were discussing their participation in the South American championship, which is scheduled to be played from June 13 to July 10.
“There’s a lot of people dying and something must be done. For us players it is hard to go to a hotel because people with the virus could give it to us and then we can infect the whole squad,” he said, without answering whether he and his team will play in the tournament.

The death toll from COVID-19 in Latin America and the Caribbean has passed one million people with the pandemic worsening in the part of the world with the highest per capita death rate.