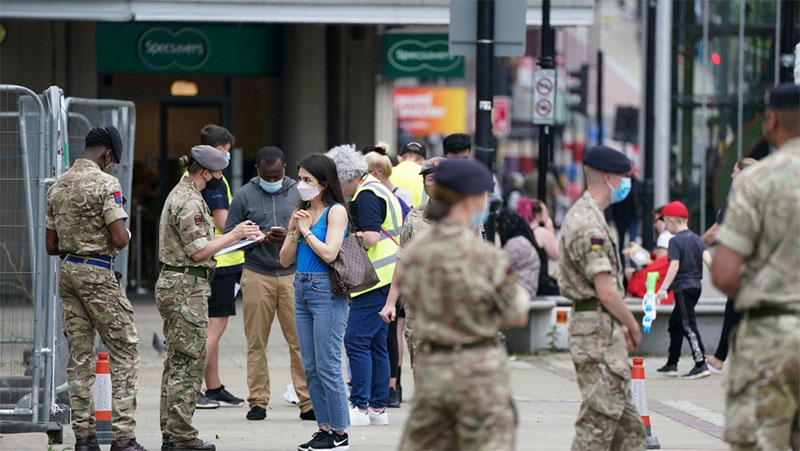 The Delta coronavirus variant of concern, first identified in India, is believed to be 60% more transmissible than the Alpha variant which was previously dominant in Britain, a prominent UK epidemiologist said on Wednesday.

British Prime Minister Boris Johnson has said that England’s full reopening from COVID-19 lockdown, penciled in for June 21, could be pushed back due to the rapid spread of the Delta variant.

Neil Ferguson of Imperial College London told reporters that estimates of Delta’s transmission edge over Alpha had narrowed, and “we think 60% is probably the best estimate.”

Ferguson said that modeling suggested any third wave of infections could rival Britain’s second wave in the winter – which was fueled by the Alpha variant first identified in Kent, south east England.

But it was unclear how any spike in hospitalisations would translate into a rise in deaths, as more detail was needed on how well the vaccine protects against serious illness from Delta.

“It’s well within possibility that we could see another third wave at least comparable in terms of hospitalisations,” he said.

“I think deaths probably would be lower, the vaccines are having a highly protective effect… still it could be quite worrying. But there is a lot of uncertainty.”

Britain has seen over 127,000 deaths within 28 days of a positive COVID-19 test, but has given more than three-quarters of adults a first dose of COVID-19 vaccine.

Public Health England has shown that the Delta variant reduces the effectiveness of Pfizer and AstraZeneca shots among those who have only received one shot, though protection is higher for those who have received both doses.

Ferguson said that up to a quarter of the Delta variant’s transmissibility edge over Alpha might come from its immune escape from vaccines, saying it was “a contribution but not an overwhelming contribution” to its advantage.

WHO can’t force China to give more information on COVID-19 origins: Official