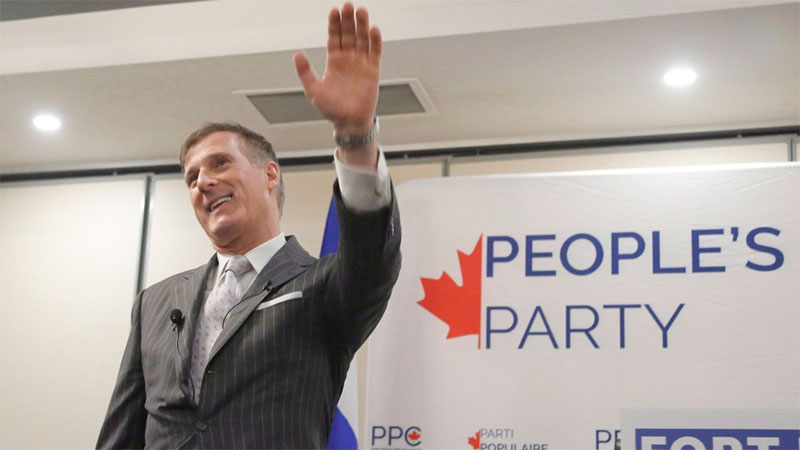 Manitoba RCMP has confirmed that Maxime Bernier, the leader of the People’s Party of Canada, has been arrested for violating public health orders.

“Mr. Bernier knew the health orders and has already received a ticket,” RCMP said in an email to CTV News. “The continuation of the offence of violating the current public health orders in Manitoba has resulted in his arrest.”

RCMP said he was arrested outside of St-Pierre-Jolys, which was one of the places he spoke at Friday. He also spoke in Niverville and was scheduled to make other appearances in the province throughout the weekend.

RCMP said he was charged with contravening a provision of the Public Health Act for assembling in a gathering at an outdoor public place and also for failing to self-isolate when coming to Manitoba.

Manitoba Justice said an “individual from Quebec” was arrested for not following public health orders by attending gatherings in Niverville and St-Pierre-Jolys.

He was arrested to “prevent further offences.”

“Manitoba Justice thanks the RCMP for their continued partnership in keeping Manitobans safe at this critical time,” a spokesperson for Manitoba Justice said in an email to CTV News.

“Manitobans are reminded that enforcement officials continue to investigate all large gatherings and rallies they are made aware of.”

RCMP said Bernier will be taken before a magistrate.

The charges have not been tested in court.