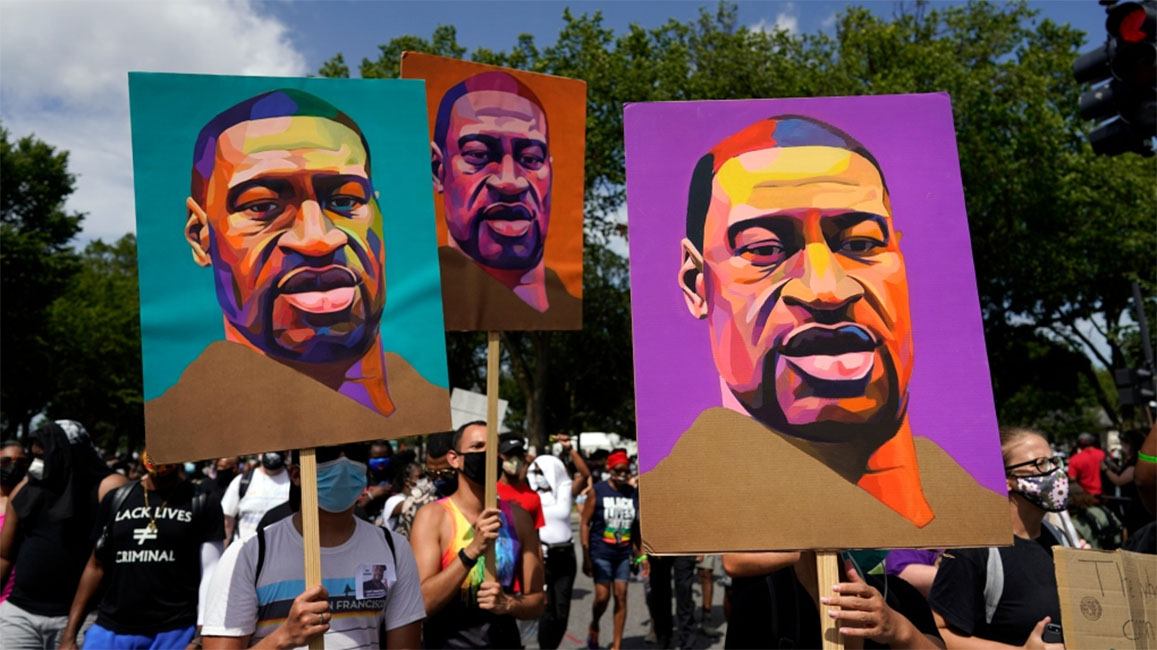 The teenager who pulled out her cellphone and recorded the police restraint and death of George Floyd, helping to launch a global movement to protest racial injustice, was on Friday awarded a special citation by the Pulitzer Prizes.

Darnella Frazier was cited “for courageously recording the murder of George Floyd, a video that spurred protests against police brutality, around the world, highlighting the crucial role of citizens in journalists’ quest for truth and justice,” the Pulitzer Prizes said.

Frazier’s publicist did not immediately respond to an Associated Press message seeking comment.

Frazier was 17 when she recorded the arrest of Floyd, a 46-year-old Black man, on May 25, 2020. Her video, which she posted to Facebook hours after it happened, sparked a reckoning on race in America and demands for an end to police brutality.

The video was seen worldwide and was prominent in the trial of Derek Chauvin, the former Minneapolis police officer who knelt on Floyd’s neck, pinning him to the pavement for 9 minutes, 29 seconds, as he said repeatedly that he couldn’t breathe. Chauvin was convicted in April of second-degree unintentional murder, third-degree murder and manslaughter. He will be sentenced June 25.

Frazier was also honored last year by PEN America, a literary and human rights organization. She was awarded the PEN/Benenson Courage Award.

PEN America CEO Suzanne Nossel said at the time: “With nothing more than a cellphone and sheer guts, Darnella changed the course of history in this country, sparking a bold movement demanding an end to systemic anti-Black racism and violence at the hands of police.”

Frazier also testified at Chauvin’s trial, telling jurors that she looks at her father and other Black men in her life and thinks about “how that could have been one of them.”

“It’s been nights I stayed up, apologizing and apologizing to George Floyd for not doing more, and not physically interacting and not saving his life,” she testified, adding of Chauvin: “But it’s like, it’s not what I should’ve done, it’s what he should’ve done.”

The three other officers involved in Floyd’s arrest are scheduled to face trial next year on aiding and abetting counts. All four officers are also charged with violating Floyd’s civil rights.