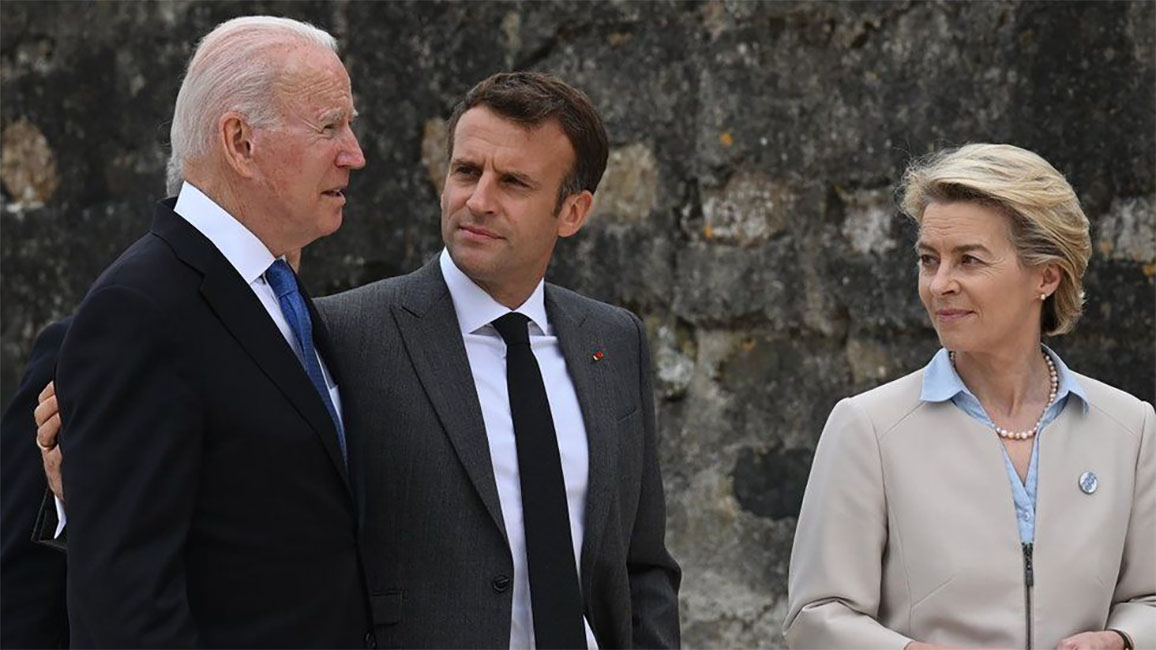 US President Joe Biden is to urge Western countries to counter China’s growing influence at the second day of the G7 summit, an aide told the BBC.

At the meeting in Britain, President Biden is expected to call for a new alliance to rival Beijing’s spending on infrastructure in developing countries.

The US and its allies accuse China of forced labour and other human rights abuses in Xinjiang province.

G7 leaders will also commit to a new plan to stop future pandemics.

The measures include cutting the time needed to develop vaccines and treatments for Covid-19 to under 100 days.

UK Prime Minister Boris Johnson is hosting the three-day gathering at the seaside resort of Carbis Bay in Cornwall.

What have Western powers done about China so far?

Earlier this year, the US, the European Union, the UK and Canada introduced co-ordinated sanctions on China.

The sanctions, including travel bans and asset freezes, targeted senior officials in Xinjiang who have been accused of serious human rights violations against Uyghur Muslims.

More than a million Uyghurs and other minorities are estimated to have been detained in camps in the north-western province.

The Chinese government has been accused of carrying out forced sterilisations on Uyghur women and separating children from their families.

What is the G7’s Covid plan?

The leaders will issue the Carbis Bay Declaration on Saturday. Its aim is to prevent any repeat of the human and economic devastation wreaked by Covid-19.

Globally, more than 175 million people have had the infection since the outbreak began, with over 3.7 million Covid-related deaths, according to America’s Johns Hopkins university.

The G7 declaration will spell out a series of steps, including:

– Slashing the time taken to develop and licence vaccines, treatments and diagnostics for any future disease to under 100 days

– Support for reforming and strengthening the World Health Organization (WHO)

The declaration is expected to incorporate recommendations from a report by a group of international experts drawn from across industry, government and scientific institutions.

Seizure of Democrats’ Apple data by Trump officials to be investigated