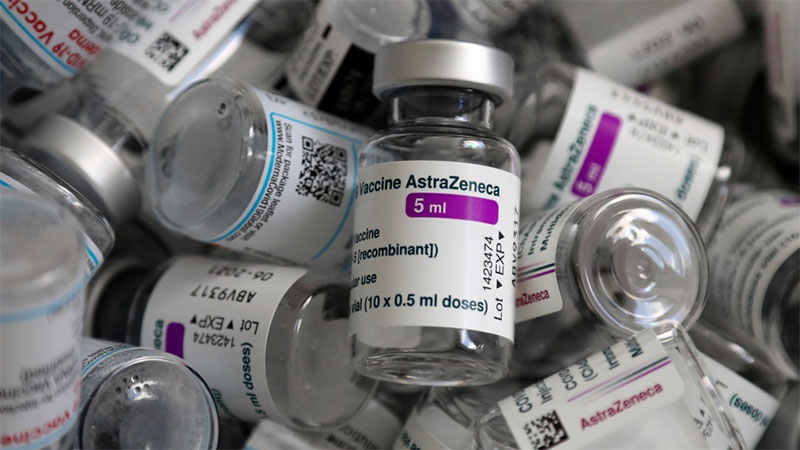 Ontarians who received their first dose of the Oxford-AstraZeneca vaccine will be able to get their second dose after eight weeks with informed consent.

The province announced the change Saturday.

“This decision is based on emerging clinical evidence about the administration of two doses of different vaccines, as supported by the National Advisory Committee on Immunization (NACI),” the Ontario government said in a statement.

“Evidence from multiple studies indicates that mixing of COVID-19 vaccines (receiving an mRNA vaccine after an AstraZeneca vaccine) at dosing intervals between eight and 12 weeks is safe and demonstrates a beneficial immune response.”

Starting on Monday, those who got their first dose of the AstraZeneca vaccine can book their second dose appointment and choose between the same shot or an mRNA vaccine, Pfizer or Moderna.

The change comes following calls from public health experts and local politicians to shorten the 12-week dosage interval, allowing more people to get fully vaccinated, especially due to the emerging threat of the B.1.617.2 variant, also known as the Delta variant.

The co-chair of Ontario’s Science Advisory Table said Thursday that while the Delta variant will soon become dominant in the province, its spread can be controlled and avoid a fourth wave surge as long as second doses are accelerated in hot spot neighbourhoods dealing with variant cases.

“This is not a doomsday scenario. We believe that if we are able to really continue a high-risk community-focused vaccination strategy and do that really quickly and expeditiously, we have a good chance of controlling the Delta variant and actually a really good chance at a good summer,” said Dr. Adalsteinn Brown.

Earlier this week, the province expanded the eligibility for second doses in Delta hot spot regions. People living in those seven areas, which include Toronto, Peel Region, and York Region, who received their first mRNA dose on or before May 9 can book their second dose starting on Monday, June 14.

Russia’s Putin: Biden will be less impulsive than Trump