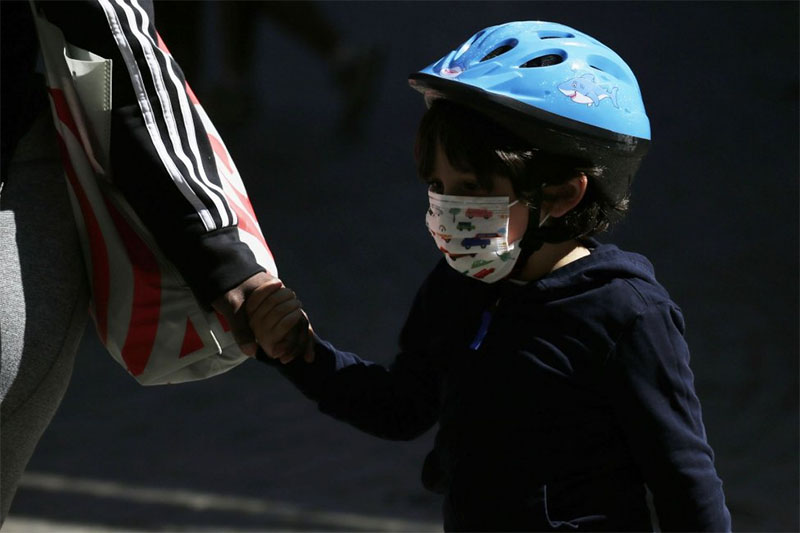 Nose and throat samples collected from children with COVID-19 contain as much virus as those taken from infected adults, suggesting they may be just as contagious, a study published Friday by JAMA Pediatrics found.

This is true for both symptomatic and asymptomatic people, though children are more likely to be symptom-free than adults, the data showed.

However, children and adults who suffer symptoms of the virus — including fever, cough and headache — have higher levels of the virus in their bodies than those who do not.

“What we found was that, overall, people with symptoms had higher virus levels than people without symptoms,” study co-author Dr. Helen Y. Chu told UPI in an email.

“However, when you looked within these groups — those with symptoms or those without — viral load was the same, whether you were a child or an adult,” said Chu, a professor of allergy and infectious disease at the University of Washington in Seattle.

For much of the pandemic, adults were thought to be at higher risk for more serious illness from COVID-19, and also more contagious, than children, according to Chu and her colleagues.

Recently, this has started to change, possibly with the emergence of new variants of the virus, they said.

Since early May, children have accounted for roughly one in five new cases of COVID-19 nationally, the American Academy of Pediatrics estimates.

For this study, Chu and her colleagues analyzed data on 555 people infected with the coronavirus between March 23 and Nov. 9 of last year.

Of the patients included in the study, 123 were children age 18 and younger, while the rest — 432 — were adults, the researchers said.

Infected children reported, on average, two or fewer symptoms of the disease, with runny nose, fever and cough being the most common.

Adults typically suffered from four or more symptoms, with headache, cough, fatigue and muscle and body aches the most commonly reported.

Still, whether they experienced symptoms of the disease or not, children and adults had similar levels of the virus in nose and throat samples analyzed using PCR testing, the data showed.

This means that children may be just as likely to spread the virus, though earlier studies indicate that adults may be contagious longer.

AstraZeneca vaccine should be halted for over-60s: EMA