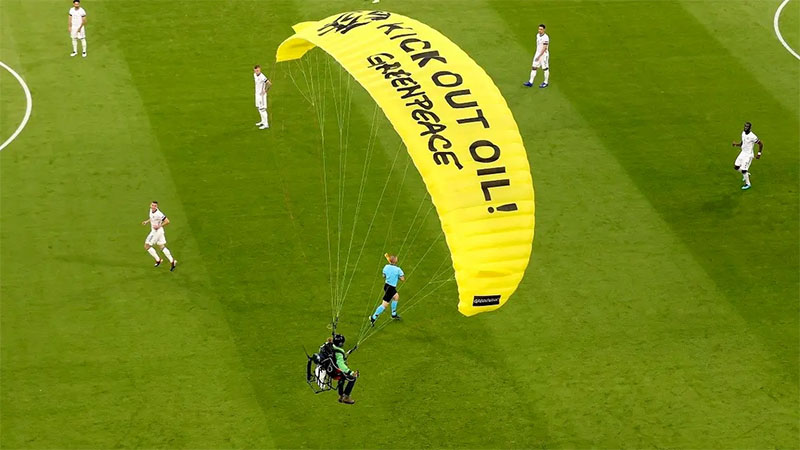 A Greenpeace protestor parachuted into the stadium before France’s game against Germany at the European Championship on Tuesday.

He appeared to parasail from the roof onto the field and was quickly met by security.

The parachute had the words “Kick out oil Greenpeace” written on it. The person was also given medical attention on the side of the field.

A Greenpeace activist lands at Arena Munich with a parachute prior to the UEFA EURO 2020 group F preliminary round soccer match between France and Germany in Munich 😂 pic.twitter.com/UBlvQgIvuo

The Euro 2020 game started on schedule.