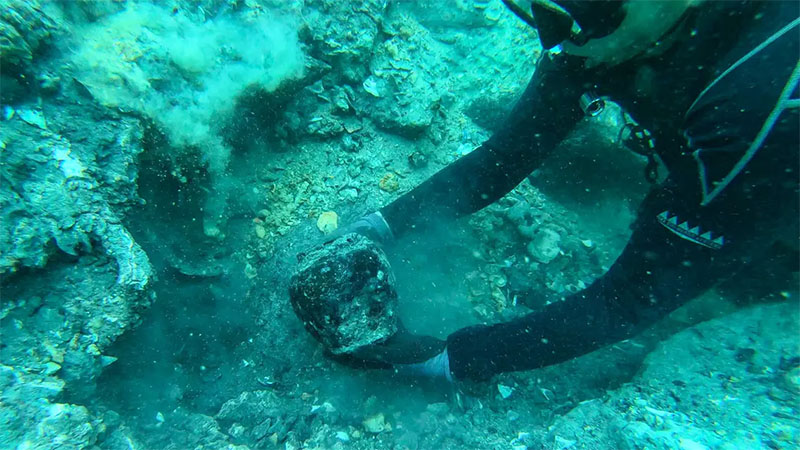 Two centuries-old shipwrecks packed with ceramics and other artifacts have been found off Singapore in a rare discovery that will shed light on the city-state’s maritime heritage, archaeologists said Wednesday.

The prosperous island nation has long been a key trading hub on global shipping routes connecting the Indian Ocean and the South China Sea.

The wrecks were found off Pedra Branca, a rocky outcrop east of Singapore, according to the National Heritage Board and think tank the ISEAS-Yusof Ishak Institute, which worked together on the project.

The first wreck, discovered after divers accidentally came across ceramic plates in 2015, was carrying Chinese ceramics that possibly date back to the 14th century, when Singapore was known as Temasek.

Some of the items were similar to artifacts found in archaeological digs on land, which showed that Singapore was a trading hub well before the arrival of British colonizers in 1819.

Undersea excavations on the first wreck led to the discovery of the second, which is likely to be the Shah Munchah, a merchant vessel built in India that sank in 1796 while sailing from China to India.

Items recovered from the second wreck ranged from Chinese ceramics to glass and agate objects, as well anchors and cannons, the heritage board and think tank said.

The survey and recovery of artifacts from the two wrecks was completed this year.

Such cannons were typically mounted on merchant ships used by the East India Company — the trading behemoth through which the British empire expanded in Asia — in the 18th and 19th centuries, they added.

The vessel discovered in 2015 was the first ancient shipwreck to be found in Singapore’s waters.

It was carrying “more Yuan dynasty blue-and-white porcelain than any other documented shipwreck in the world,” said Michael Flecker, a visiting fellow at the ISEAS-Yusof Ishak Institute’s archaeology unit.

“Many of the pieces are rare, and one is believed to be unique.”

The Yuan dynasty existed in what is now China in the 13th and 14th centuries.

Much of the Chinese cargo in the second wreck was destined for eventual shipping to Britain, said Flecker.