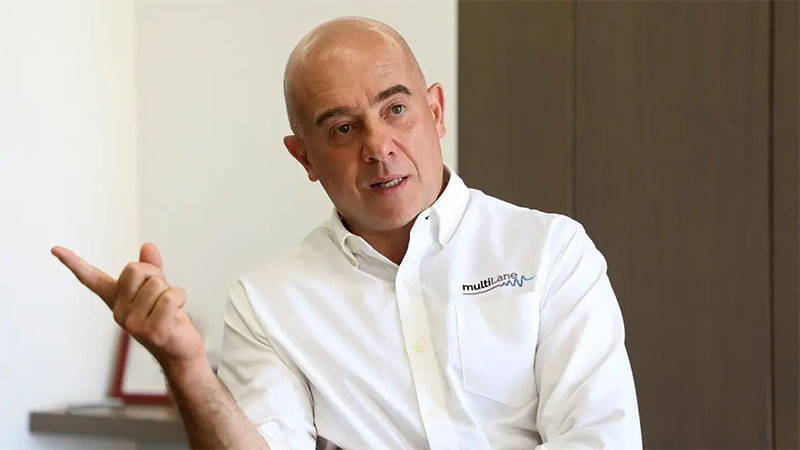 His employees struggle to find petrol for their cars to drive to work and he has to offer a unique product to get customers to trade with a company based in high-risk Lebanon, but against all odds Fadi Daou’s technology firm is thriving.

The entrepreneur’s company, MultiLane, produces testing and measurement equipment for data center infrastructure, and its international clients include Microsoft, Apple, and Google.

“Everything is conceived, designed and built out of Lebanon,” said Daou.

As Lebanon battles a financial crisis that the World Bank has dubbed one of the worst depressions of modern history, Daou has had to overcome numerous challenges, for example building his own solar power supply so as not to rely on the state electricity grid. He manages to export his products successfully.

He moved back to Lebanon in 2006, having spent 25 years in the United States. In Nov. 2019, one month after Lebanon’s economy began to unravel, he launched Houmal Technology Park (HTP), in his hometown of Houmal, 15 km outside of Beirut, to expand his output.

Global technology companies “select and choose to work with Lebanon knowing that Lebanon is a high-risk country, so we have to offer twice as much in terms of value proposition, in terms of innovation, time to market. We have to work harder,” he said.

“We build a high value product that uniquely solves a problem in the industry, so they purchase it from us.”

In the past two years, Lebanon has also been through a popular uprising against its political leaders, the global COVID-19 pandemic and a huge chemical blast in Beirut port that killed 200 people and destroyed swathes of the capital.

Its local currency has lost around 90 percent of its value against the dollar and the crisis has wiped out thousands of jobs and propelled more than half of the population into poverty.

His goal is to hire more in the coming few years to fight the brain drain resulting from the financial crisis.

“My reward is when a parent calls me or sends me a message saying thank you because my kids are now working, they were going to leave the country but now they are staying,” he said.

Hundreds of engineers, academics, doctors, artists and others have packed their bags to seek opportunities abroad as the country hurtles faster towards complete collapse.

“It’s an empowering experience… the company really gives a chance for the youth to stay in the country,” said Sana Aawar, one intern at MultiLane.

Her colleague Maria Tawil added they felt able to reach their dreams as young engineers wanting to prove themselves.