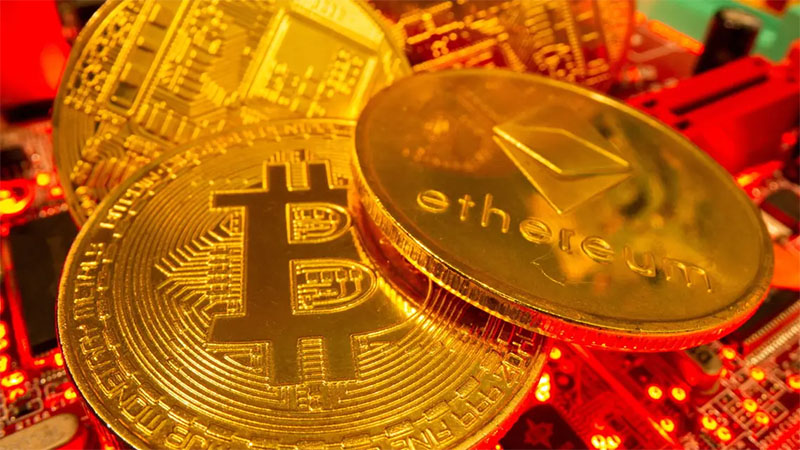 More than nine in ten independent financial advisers (IFAs) in Britain would never recommend cryptocurrencies or so-called meme stocks to their clients, an Opinium poll showed on Wednesday.

Meme stocks — companies whose value is fueled by social media attention — and digital coins have soared in popularity as stay-at-home rules and high savings rates during the pandemic triggered a surge in stock investing by non-professionals.

Yet 93 percent of IFAs would never recommend investing in cryptocurrencies, while 95 percent would never do so for meme stocks,
the poll based on a sample of 200 IFAs in the UK showed.

Some 91 percent of IFAs would be concerned if a client said they were investing in either type of asset, it found, suggesting deep-set worries amid high volatility and close attention from regulators.

Still, a third of IFAs have increased interest in cryptocurrencies from clients this year, with 14 percent reporting higher interest in meme stocks, the poll showed.

Bitcoin, the biggest cryptocurrency, has slumped about 40 percent since hitting an all-time high of nearly $65,000 in April, but is still up 40 percent in 2021.

Smaller cryptocurrencies such as ether have been similarly volatile, sparking warnings from central banks and regulators that investors could lose their money.

Professional and retail investors alike have embraced cryptocurrencies this year, seeing the sector as a hedge against inflation, a future payment method and a vehicle for earning quick gains.

Retail traders have put as much money into meme stocks over the past two weeks as they did at the peak of the frenzied GameStop rally in January, analysts at Vanda Research said last week.

Among the highest profile are US video-retailer Gamestop Corp and AMC Entertainment Holdings.

At the height of the trading mania, several retail brokers restricted the buying of GameStop shares after collateral requirements needed to clear the trades spiked, angering traders and spurring congressional hearings and regulatory probes.