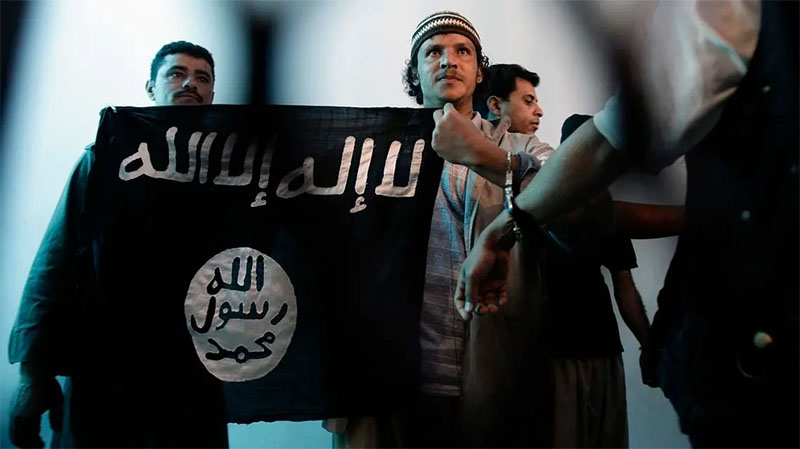 The Yemeni branch of al-Qaeda has kidnapped six government security personnel, an official said Thursday, the first incident of its kind in years in a country where years of conflict has created a security vacuum.

A security official with the internationally recognized government, who spoke on condition of anonymity, told AFP that five officers had been seized in the southern province of Shabwa during a mission on Tuesday.

“They were lured by people claiming to belong to local tribes and in need of help,” he told AFP.

“They fell into the trap, and it turned out these people belonged to the terrorist organization.”

The official said a sixth officer was snatched by the militants on Wednesday and “taken to an unknown location.”

Years of setbacks including a two-decade US drone campaign have weakened the once-mighty al-Qaeda in the Arabian Peninsula (AQAP).

But with the government and Houthi militia focused on their battle for the northern city of Marib, capital of an oil-rich governorate of the same name, the militants are seizing the opportunity to regenerate.

Fighting around the city since February is creating a security void that is being exploited by the jihadists, observers warn.

Marib city is the last northern stronghold of the government which is backed by a Saudi-led military coalition.

The Houthis control the rest of the north after years of conflict which has plunged Yemen into the world’s worst humanitarian crisis.

In March, a Yemeni intelligence official told AFP that the Marib battle “could be ending the maximum pressure campaign that almost wiped out” AQAP.

The group also has a bloody track record outside Yemen – it attacked the French satirical publication Charlie Hebdo in 2015, killing 12 and showing its ability to strike far from home.

The United States, which considers AQAP the terror group’s most dangerous branch, has carried out a campaign of drone strikes against its fighters in Yemen since soon after the 9/11 attacks.

Russia ready for further dialogue if US is willing: Putin