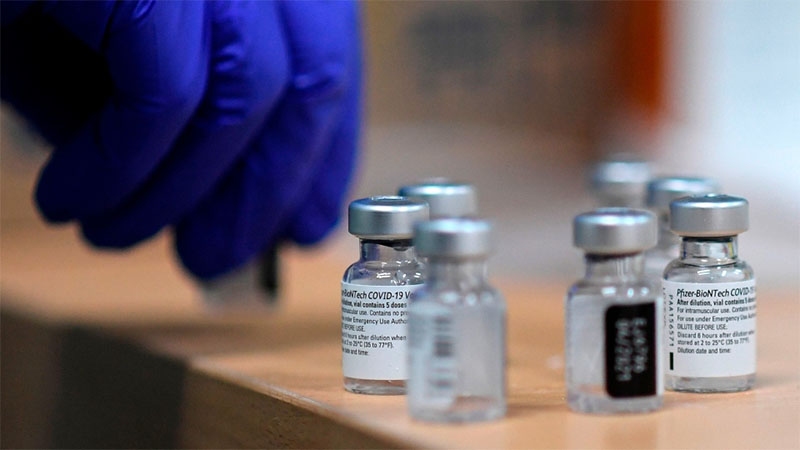 The National Advisory Committee on Immunization (NACI) is now recommending that people who received a first dose of the Oxford-AstraZeneca vaccine receive a second dose of an mRNA vaccine, such as Pfizer-BioNTech or Moderna.

NACI’s latest advice takes into consideration the most recent evidence on the rare instances of blood clots associated with the AstraZeneca shot and the increase of mRNA vaccine supply arriving on Canadian soil.

It also says it reviewed emerging evidence “suggesting better immune responses” when an individual receives a first dose of AstraZeneca and a second dose of an mRNA vaccine.

“There are just increasing numbers of studies, mostly from Germany, that we’ve accumulated in between that last set of recommendations and today’s recommendations and all of them essentially point towards the fact that it is safe to provide a mixed-dose schedule,” Canada’s Chief Public Health Officer Dr. Theresa Tam told reporters on Thursday.

“We will continue to monitor this in a real life basis as vaccines are rolling out.”

For those who receive a first jab of an mRNA vaccine, it’s advised they seek the same product or use another mRNA vaccine.

As of June 5, 2.1 million Canadians have received one shot of AstraZeneca and 15,186 people have recieved two doses.

The head of Canada’s vaccine rollout campaign, Brig.-Gen. Krista Brodie, said there are still approximately 600,000 doses of AstraZeneca unused in Canada and it will be up to the provinces and territories to determine how best to use them.