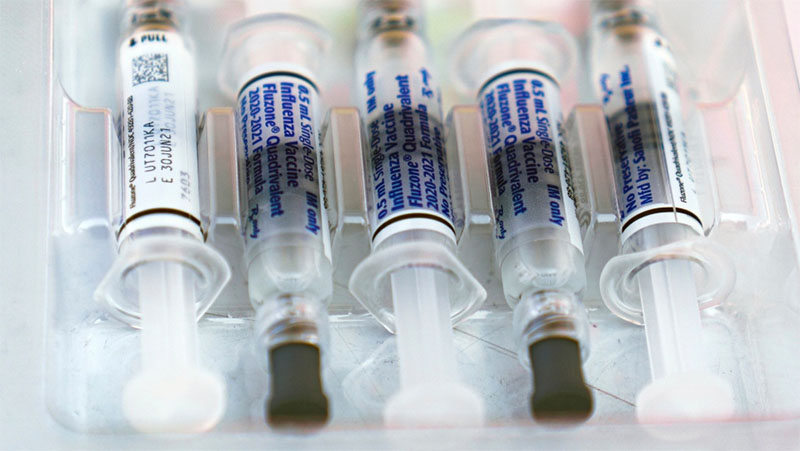 Infectious disease experts are already hard at work preparing for the 2021 flu season, vaccines are in development and experts are keeping an eye on trends in the Southern Hemisphere as they enter their winter months.

The World Health Organization (WHO) made recommendations for the annual influenza vaccine in February 2021, based on the data collected from the previous year. The WHO uses the previous flu season’s data to identify trends in which flu strains took hold, and to make recommendations for which strains would be best suited in the annual flu vaccine. The WHO has conducted global influenza surveillance since 1952.

“Although the flu season cases were very low last season, the WHO has a global surveillance program, they’re still monitoring what strains they predict will be dominant in the next flu season,” Yan Zhou, senior scientist at the Vaccine and Infectious Disease Organization at the University of Saskatchewan, told CTVNews.ca in a phone interview on Wednesday.

Flu seasons in 2020 were mild across the globe. In Canada a start to the season couldn’t even be declared due to so few cases, Australia reported just 36 deaths and the U.S. reported 600 which was down from 22,000 the year before. Despite the lack of cases to predict from, the WHO and experts know that there are two main influenza types that spread during the annual cold weather months. Zhou says there is always influenza A, such as H1N1, and influenza B.

“The flu vaccine is comprised of at least three strains: So, H1N1, H3N2 and then a B strain.”

“Most cases [last] season, influenza B was dominant,” said Zhou.

The WHO recommends that the vaccine contain H1N1 and H3N2 for influenza A strains and Yamagata lineage and Victoria lineage for the B influenza strains. And while the WHO may be working off of less data than usual, Zhou isn’t too concerned about the upcoming flu season.

“Not too worried about, to predict, the flu season. There will always be A and B and we already know from the last year’s cases, there are more influenza B infections,” she said.

Much like with the COVID-19 vaccine, some protection is better than no protection, so even if the WHO’s recommended strains aren’t spot-on, they should still provide a barrier against severe illness.

“The provincial vaccine programs over the course of the last decade or so has significantly reduced hospitalizations and deaths, even in years where the flu shot ‘did not match very well,’” Craig Jenne, infectious disease researcher and Canada Research Chair at the University of Calgary told CTVNews.ca in a phone interview on Wednesday.

So, while predicting this year’s flu season trends based on a smaller dataset from 2020 may be difficult, it doesn’t necessarily spell out a disastrous flu season to come, he added. In previous years, the flu has mutated differently than expected resulting in an imperfect vaccine.

“Even in those situations where we have a bad guess or the virus dodged it and mutated further, although the flu shot doesn’t necessarily stop you from getting infected as well, it still reduces hospitalizations, by some estimates of up to tenfold,” said Jenne.

“It’s still protective so a mismatched flu shot might not stop you from getting the sore throat and other effects, but it prevents people from getting the life-threatening serious influenza illness.”

Like Zhou, he’s not too worried about the upcoming flu season.

“It’s not overly worrisome. I’ll get my flu shot again, and then basically have no elevated concerns over any other flu season,” he said.

If last year’s limited flu season can teach us anything, it’s that the COVID-19 measures in place work to slow the spread of respiratory viruses.

“This idea of washing our hands and staying away from other people was apparently quite effective worldwide,” he said. “I think the larger contribution was also somewhat limited travel so as with pretty much any virus it doesn’t move on it’s own.”

Intermittent fasting may not be the best way to lose weight, new study suggests