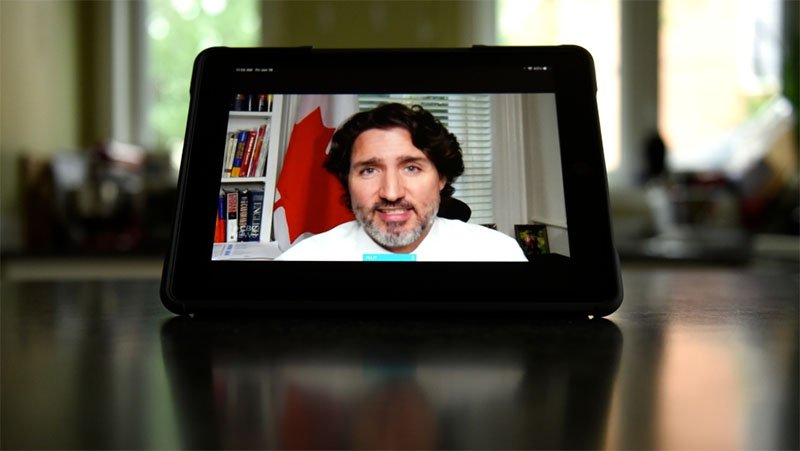 Prime Minister Justin Trudeau maintains that Canada will need to meet the COVID-19 vaccines target of 75 per cent of the total population with a first dose and 20 per cent with two doses before his government lifts border restrictions.

Speaking to news that the U.S, Canada border will remain closed to non-essential travel for another month, Trudeau said Friday that, while he understands the urgency to return to some semblance of normality, permitting discretionary travel now would risk another wave of cases in this country.

Public Safety Minister Bill Blair announced earlier in the day that the current U.S. land border measures would remain in place until July 21. The restrictions, which came into effect in March 2020, exempt the flow of trade and commerce, as well as the movement of vital health-care workers such as nurses who live and work on opposite sides of the border.

Blair also noted that the government will provide further details about its phased approach to easing restrictions for fully vaccinated individuals on Monday.

On Thursday, tourism groups and Canadian and U.S. politicians participated in a panel discussion about the need to reopen the border to support hurting industries and businesses at risk of permanently closing due to the pandemic.

New York Rep. Chris Jacobs, who sat on the panel, introduced last week the “Northern Border Reopening Transparency Act” that would require the Department of Homeland Security, the Department of State, and the U.S. Centers for Disease Control to report back to Congress within 30 days on a plan to reopen the border.

Jacobs said he was “heartened” to hear of an additional shipment of one million vaccines being sent to Canada from the U.S. and hopes it may help accelerate progress.

Newsletter sign-up: Get The COVID-19 Brief sent to your inbox
“We need laser focus on this. Every day that is delayed is a day that people are going to make travel plans to go somewhere else. If we open in mid-August, I don’t know how helpful that will be because everybody will have already scheduled things elsewhere,” he said.

Trudeau said he spoke with the premiers about the border on a Thursday night call and there was a consensus to maintain the status quo.

He also described the two-tracked approach to develop a vaccine documentation framework.

“First of all, in the initial phase, we’re going to be working with the AriveCAN app in ways that people an image of their paper proof of vaccination or online proof of vaccination so that the border agents on their return to Canada can verify indeed that they are fully vaccinated,” he said, adding this process will be in place in the coming weeks.

In the long-term he said the government is working with the provinces on a “national certification of vaccination status” that he assures will be accepted globally.

Our number one priority as we fight #COVID19 is keeping Canadians safe. In coordination with the U.S., we are extending restrictions on non-essential international travel and with the United States until July 21st, 2021.

Don Martin: Without a quick resolution to their leadership crisis, the Greens will fade away