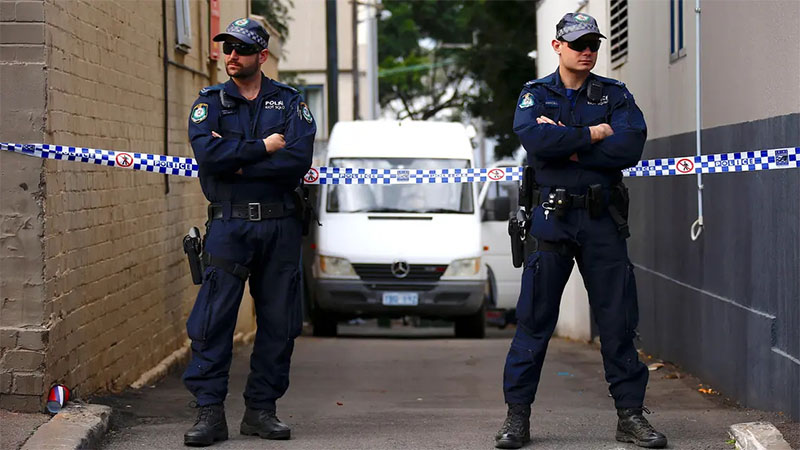 A Sydney man who posted extremist rhetoric and possessed recipes for explosives has been arrested for allegedly being a member of ISIS, Australian police said on Saturday.

“The man has been charged with membership of a terrorist organisation, namely [ISIS],” after a seven-month investigation, the Australian Federal Police and the New South Wales police said in a joint statement.

They did not name the 24-year-old, who was arrested on Friday, a typical practice in Australia unless the police deem the identification of the suspect in the interest of the victim’s family or the public.

“There is no ongoing threat to the community relating to this investigation,” the police said.

The man faces up to 10 years in prison if convicted.

“The man’s rhetoric online was escalating … he had collected a large amount of extremist material and he was in possession of several improvised explosive recipes,” the police said.

“The actions of this man do not represent the Islamic faith,” Federal Police Commander Counter Terrorism Investigations Stephen Dametto was quoted in the press release as saying.

“His actions are criminal and they represent hatred and terror.”