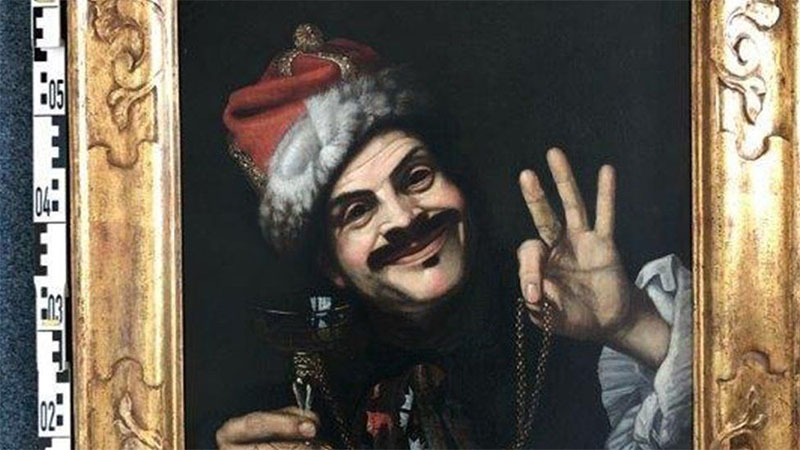 German police have issued an appeal for information after two valuable 17th Century paintings were discovered dumped in a road-side skip.

The oil paintings are believed to be by Dutch artist Samuel van Hoogstraten and Italian Pietro Bellotti, police said.

A man found the paintings at a motorway service station on the A7 south of Würzburg in Bavaria last month.

He handed them in to police in the city of Cologne. No one has yet claimed the artworks.

An initial assessment by an art expert concluded the two framed paintings were originals, police said.

One is a portrait of a boy wearing a red hat with an unknown date. Police say it was painted by Samuel van Hoogstraten, a painter and writer who lived in the Netherlands between 1627 and 1678.

The other is a smiling self-portrait by Pietro Bellotti, a lesser-known Italian painter who lived from 1625 to 1700.

Police in Cologne are appealing for anyone who recognises the artworks or who knows how they ended up in the skip to come forward.

Hoogstraten is best known for his experiments in perspective, an art technique that gives work a 3D look.

Born in Dordrecht, Hoogstraten studied under his compatriot, the famed Baroque painter Rembrandt, in the Dutch capital Amsterdam. His treatise, Introduction to the High School of the Art of Painting, published after his death, is regarded as a valuable insight into Rembrandt’s views on painting.

Bellotti also made his name as a painter in the Baroque period, though less is known about him.

He was given commissions and patronage by important families in Venice, Italy, allowing him to gain fame as a painter of portraits and heads of characters.

A biography by Switzerland’s Galleria Canesso says he was apprenticed to Italian painter Girolamo Forabosco in Venice, where he was “especially partial to portraiture, which he considered with humanity and naturalism”.