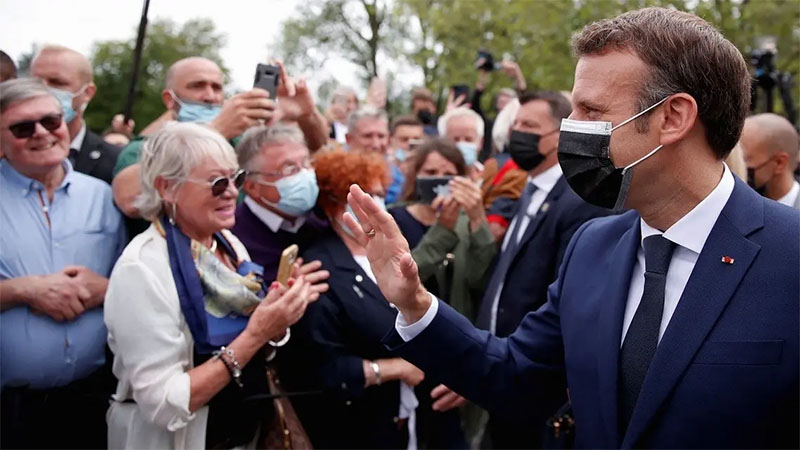 France’s center-right Republicans party is on course to finish top in the first round of regional elections Sunday, ahead of the far-right National Rally which appears to have performed below expectations in key areas, early results showed.

The vote, which will conclude with a second round next Sunday, was marked by a record abstention rate of 66.5-68.6 percent, according to surveys, which Interior Minister Gerald Darmanin called “particularly worrying.”

The results, if confirmed, would represent a disappointment for far-right leader Marine Le Pen less than a year from presidential elections.

They might instead give momentum to France’s center-right, and to a lesser extent to the Socialists, France’s two traditional parties of government, which look set to finish far ahead of President Emmanuel Macron’s Republic on the Move party.

The election takes place over two consecutive Sundays, with a second run-off vote scheduled for June 27.

It is hard to predict the ultimate winners on the basis of this Sunday’s results because of the two-stage electoral system and the impact of tactical voting, which usually sees mainstream parties gang up to keep the far-right out of power.

Polls had suggested the National Rally finishing top in six regions in the first round, possibly putting it on course to win at least one of them for the first time in its history.

The party’s best hope was in the southeastern Provence-Alpes-Cote d’Azur – home to Marseille, Saint-Tropez and Cannes – where its campaign was fronted by Thierry Mariani, a former minister who defected from the centre-right Republicans party.

But Mariani underperformed pre-vote polling figures, with early results showing him neck-and-neck with the current head of the region, Renaud Muselier from the Republicans.

The record abstention rate, visible earlier in the day at often empty polling booths, has sparked a debate about the health of French democracy.

“It’s a democratic slap in the face for all of us,” Aurore Berge, a leading MP from Macron’s party, told the BFM channel.