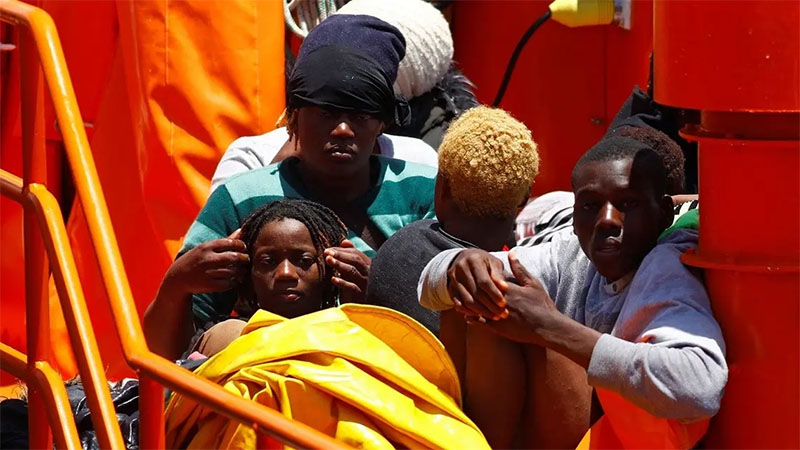 Spain’s coastguard rescued 45 migrants off the coast of Gran Canaria on Sunday including 24 women and eight children.

The migrants, from sub-Saharan Africa, were spotted in a boat by a passing ship around 38 miles south of Gran Canaria, local media reported.

They were brought ashore in a rescue vessel on Sunday afternoon. Small children, some wrapped in blankets were handed to rescue workers, while some adults, looking visibly exhausted, had to be helped off the boat, Reuters footage showed.

So far this year more than 5,700 migrants have made the dangerous crossing from Africa to the Canaries archipelago, over twice as many as in the same period in 2020, which itself saw an eightfold increase from 2019.

With arrival facilities on the Canaries packed to capacity, authorities have housed of migrants thousands in camps where conditions have criticized by rights groups.