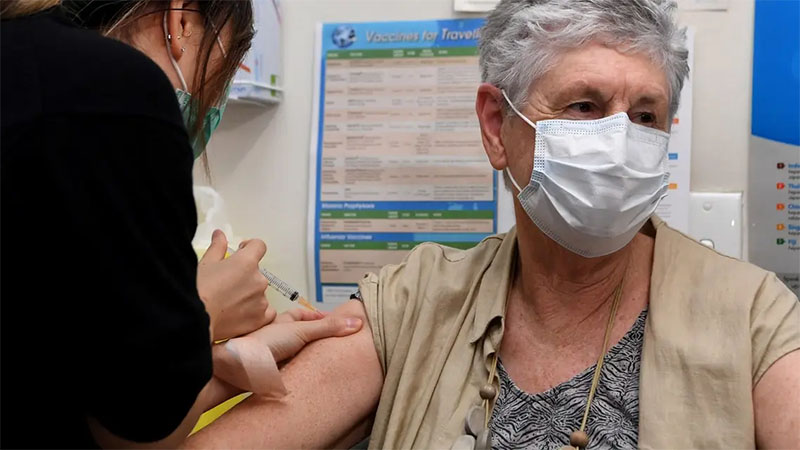 Australian states and territories will get more doses of COVID-19 vaccines soon, Prime Minister Scott Morrison said on Monday, as authorities look to avoid further delays in an immunization drive that has hit several roadblocks.

Australian states have been asking for increased supplies of vaccines after Australia last week announced a policy shift that recommended AstraZeneca shots for over 60s only due to blood clot concerns, throwing the rollout into disarray.

“They are all getting additional doses … it scales up again in July when the additional Pfizer doses go out,” Morrison told radio station 2GB on Monday. Morrison did not specify the number of shots each state would get.

Health authorities said the Pfizer vaccine rollout is currently “operating in a resource-constrained environment” but distribution is expected to accelerate from August.

“As we get into that third-quarter, fourth-quarter, we will have far freer flows of Pfizer and start to be able to allocate that more freely,” Lieutenant General John Frewen, the head of the country’s vaccine taskforce, told reporters in Canberra after a meeting of the national cabinet.

Australia has to rely on overseas shipments for its Pfizer shots while the AstraZeneca ones are produced locally.

Officials expect to ship 2.3 million Pfizer doses to states this month and 3.4 million next month.

Only 4 percent of Australia’s adult population of 20 million have been fully vaccinated while more than 25 percent have had at least their first dose. About 6.5 million total shots have been administered so far.

Two new cases were reported in NSW on Monday, both close contacts of infected people and who have been in isolation, taking infections in the cluster to 11 in five days.

“Whilst this isn’t a bad outcome, our level of concern is still there,” NSW state Premier Gladys Berejiklian told reporters in Sydney.

Australia has fared much better than many other developed countries to control the pandemic, with just over 30,300 cases and 910 deaths.