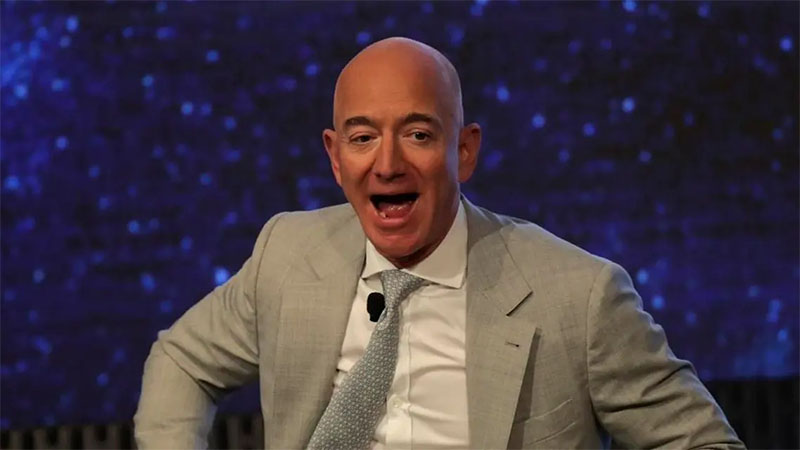 Since Jeff Bezos first announced his plans to launch to outer space on his own rocket earlier this month, many petitions were started to stop him from returning to earth, with one petition having gathered nearly 35,000 signatures as of Monday.

“Billionaires should not exist… on earth, or in space, but should they decide the latter they should stay there,” the petition creator wrote in the description on change.org.

The petition was started two weeks ago, shortly after the 57-year-old Amazon founder – and richest person in the world – made the announcement.

One signatory with the username Devilyn Deal wrote, “Being let back into earth is a privilege – not a right. If he wants back in, he’s gotta work for it.”

Another one wrote, “Exploits workers, wastes resources, and greenwashes. People like this, especially him, are responsible for earth’s growing uninhabitability.”

Blue Origin’s debut flight with people aboard — after 15 successful test flights of its reusable New Shepard rockets — will take place on July 20, a date selected because it is the 52nd anniversary of the first moon landing by Apollo 11’s Neil Armstrong and Buzz Aldrin.

Bezos will be joined by his younger brother, an investor and a volunteer firefighter, according to the Associated Press.

The auction for the very first seat on #NewShepard has concluded with a winning bid of $28 million. The winning bid amount will be donated to Blue Origin’s foundation, @ClubforFuture. Full replay of the auction webcast: https://t.co/5Vc8IvWxJR pic.twitter.com/IlGbgOFmhx

There’s no word yet on who else might fill the six-person capsule during the 10-minute flight that will take its passengers to an altitude of about 65 miles (105 kilometers), just beyond the edge of space, and then return to Earth without going into orbit.

Bezos said he has dreamed of traveling to space since he was 5.

“To see the Earth from space, it changes you. It changes your relationship with this planet, with humanity. It’s one Earth,” Bezos said in an Instagram post. “I want to go on this flight because it’s a thing I’ve wanted to do all my life. It’s an adventure. It’s a big deal for me.”

Bezos will step down as Amazon’s CEO 15 days before liftoff. He announced months ago that he wants to spend more time on his rocket company as well as his newspaper, The Washington Post.

His stake in Amazon stands at $164 billion, which will make him by far the wealthiest person to fly to space.