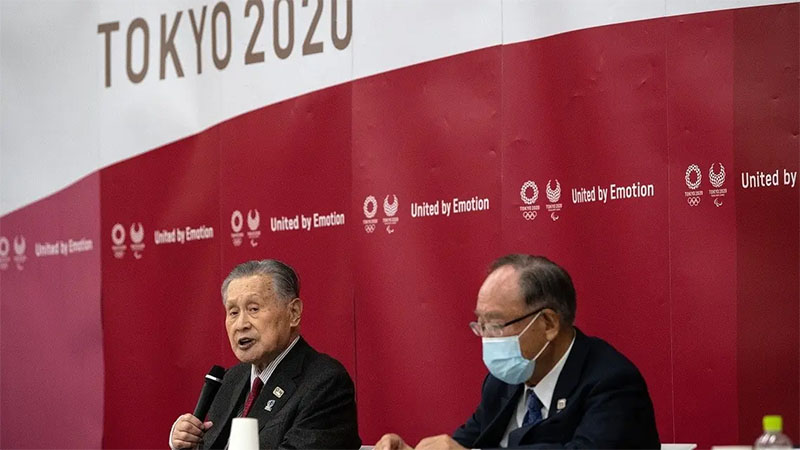 Olympic organizers are expected to decide later on Monday whether and to what extent domestic spectators will be allowed into venues in a decision that health experts say has implications for public safety during the coronavirus pandemic.

Japan is moving ahead with staging the multi-billion-dollar Games, which were delayed by a year due to pandemic, despite worries about a resurgence in COVID-19 infections and public opposition.

Tokyo 2020 President Seiko Hashimoto has said she was eyeing a cap of 10,000 people per venue. Spectators from overseas have already banned from the event.

Officials are separately considering allowing as many as 20,000 people to attend the opening ceremony on July 23 as spectators, in part due to an expected increase in the number of people involved with the Games who would no longer be allowed on the field, media reported.

Hashimoto and Tokyo 2020 CEO Toshiro Muto are scheduled to hold a news conference after the five-party talks.

The meeting comes after some of Japan’s top health experts on Friday said that banning spectators was the least risky option for holding the Games, even as they seemed resigned to the possibility of fans in venues.

Japan’s public remains opposed to holding the Games this summer, a June 19-20 poll from Asahi News Network (ANN) found, with 65 percent of respondents saying they wanted the event postponed again or canceled.

Nearly 70 percent of respondents said they thought the Games would not be held safely and securely, as advocated by Japanese Prime Minister Yoshihide Suga and Olympic organizers, the poll showed.

Suga last week decided to lift a coronavirus state of emergency for Tokyo and eight other prefectures that had seen a COVID-19 resurgence.

The government kept in place lesser, “quasi-emergency” restrictions for seven of the nine prefectures, including Tokyo, that will run until July 11, less than two weeks before the Games are set to open on July 23.