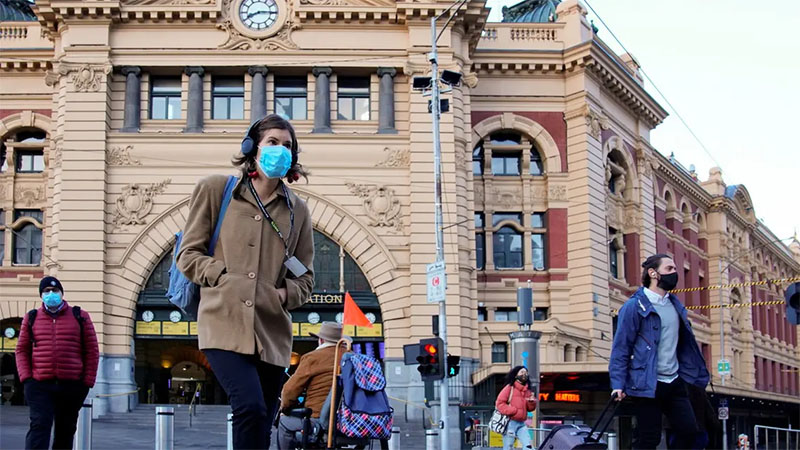 Ten people were diagnosed with Covid-19 in Sydney overnight, taking the cluster that first emerged in the city’s Bondi Beach area last week to 21 cases.

New South Wales state Premier Gladys Berejiklian said health officials expected the outbreak in Australia’s most populous city to continue growing in the coming days, after several people were infected in just “fleeting” non-physical contact with a case in a cafe and a large shopping center.

In response, the government has reimposed mandatory mask-wearing in public transport and retail outlets across much of greater Sydney, but it has stopped short of ordering a lockdown.

The outbreak is thought to have started when a man who works as a driver for international flight crews contracted the highly contagious Delta variant of the virus, which was first identified in India.

“We also need to recognize that this Delta variant… is actually a gold medalist when it comes to jumping from one person to another,” Berejiklian told reporters in Sydney.

It comes as restrictions on Melbourne’s five million residents continued easing, with new cases slowing to a trickle in recent days.

New Zealand and several Australian states have announced the removal of travel restrictions imposed last month as dozens of cases were detected in Melbourne and the city endured a two-week lockdown.

Canberra has maintained strict international border closures since March 2020 — even limiting its own citizens’ travel to and from the country — in an effort to shut out Covid-19.

But the virus has repeatedly escaped hotels used to quarantine returning travelers, and health experts say the outbreaks will continue until large numbers of Australians are vaccinated.

Australia has administered 6.7 million doses to date in a population of 25 million, with only a small fraction having received both jabs.

The country has recorded about 30,000 cases of Covid-19 and 910 deaths during the pandemic.