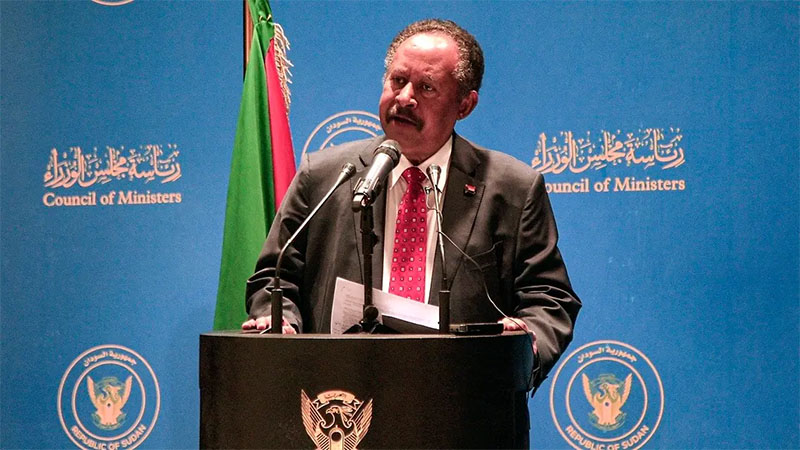 Sudan’s premier warned Tuesday of “deeply worrying” fractures within the country’s security forces and called for reconciliation between civilian and military political factions.

Prime Minister Abdalla Hamdok made the comments as he announced an initiative to unify the factions guiding Sudan through a fragile transition following the April 2019 ouster of President Omar al-Bashir.

Sudan has been led by a civilian-military ruling administration since the sides reached a power-sharing deal the following August.

Nearly two years later, the transition continues to face pressing challenges including pressure from rebels and civilians to reform the military.

“All the challenges we are facing, in my view, are a manifestation of a deeper crisis that is primarily a political one,” Hamdok told journalists.

He pointed to splits among pro-democracy activists who led the December 2018 protests against al-Bashir, adding that fragmentation within the military was also “a deeply worrying issue.”

Hamdok said his initiative aimed to push for reforms to the military and ensure that armed groups, including the powerful paramilitary Rapid Support Forces (RSF), be integrated into the armed forces.

Sudanese media have repeatedly carried reports of tensions between the RSF and the Sudanese Armed Forces over the integration.

Other points in Hamdok’s initiative include dismantling the remnants of al-Bashir’s regime, tackling the economic crisis and forming a transitional legislative body.

Only two key groups refused to sign the deal.

Sudanese media reported that integration of RSF into the armed forces was a key point of contention.

In recent days, Khartoum has seen a wave of violent crime and looting, as angry protesters blocked the streets with burning car tires.

Last week, Hamdok warned that the country might slip into chaos and further instability if the ruling political factions failed to work together.

Palestinian Authority arrests activist over online criticism of its policies