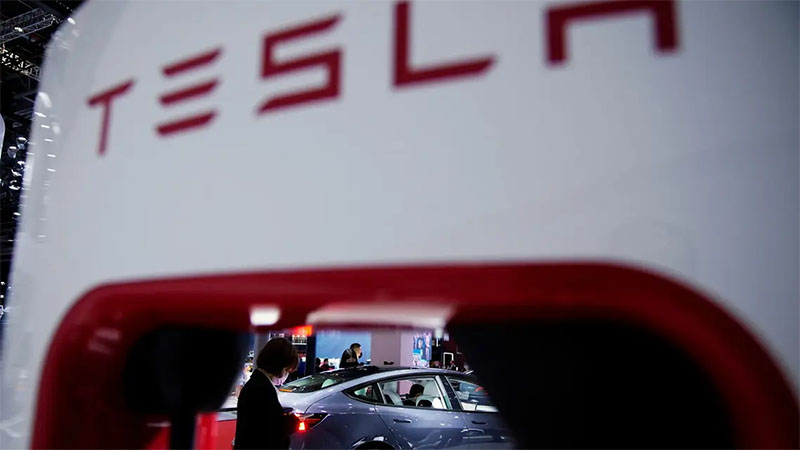 Tesla Inc. has unveiled what it claims is the longest supercharging route in China, a 5,000 kilometer (3,100 mile) stretch spanning the vast nation from east to west that’s studded with 27 electric-car charging stations along the way.

A promotional video about the route, which also pays homage to China’s majestic landscape, was retweeted by CEO Elon Musk.

Charging facilities are vital to the promotion of electric cars, with range anxiety one of the main reasons why people don’t want to make the switch away from gasoline vehicles.

The route covers nine cities, starting from the eastern coastal hub of Zhoushan and stretching to the western city of Horgos bordering Kazakhstan. It loosely follows the same path as the legendary Silk Road, a network of trade routes that for centuries was central to economic, cultural, political and religious interactions.

Tesla drivers will be able to travel to tourist attractions including the Kumtag Desert, the Turfan volcano and Sayram Lake, famous scenic destinations in Xinjiang, all without worrying about their cars losing power.

China, the world’s biggest electric car market, is critical to Tesla, which has a factory in Shanghai and sells thousands of cars there every month. The California-based company has already set up around 840 charging stations in China and more than 65,000 supercharging poles covering over 310 cities.

Now there will be one charging station every 100 kilometers to 300 kilometers along the Silk Road and drivers can charge their cars to run for up to 250 kilometers in a single go in just 15 minutes, if weather conditions are supportive.

The video, in Chinese with English subtitles, may also be another effort by Tesla to restore its image in China, which has taken a battering in recent months after some of its cars were banned from military complexes on security concerns and following a high-profile protest by an unhappy customer at the Shanghai Auto Show in April.

Despite those wrinkles, Tesla’s China shipments were strong in May, with the company reporting wholesales of 33,463 locally made vehicles last month, compared with 25,845 in April, according to China’s Passenger Car Association.

Bitcoin falls below $30,000 for first time in five months amid China crackdown