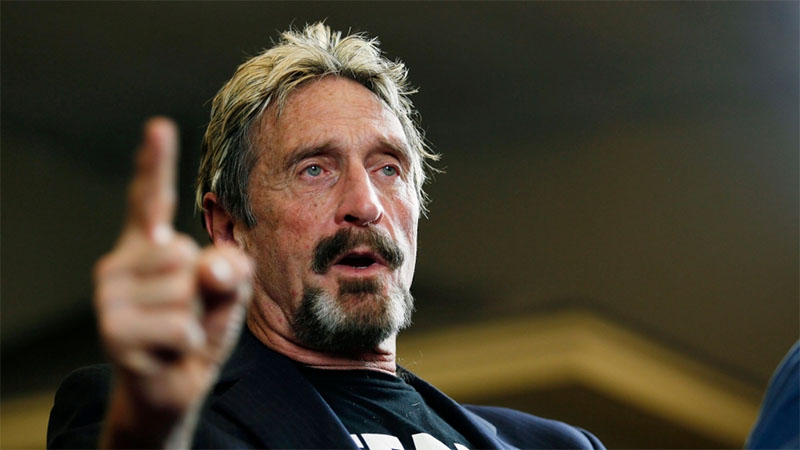 US technology entrepreneur John McAfee hanged himself in his prison cell on Wednesday after the Spanish high court authorized his extradition to the United States on tax evasion charges, his lawyer told Reuters.

Known for his eccentric behavior, McAfee, 75, was a pioneer of anti-virus software, introducing his eponymous program in the 1980s. He had been indicted in Tennessee on tax evasion charges. He also was charged in a cryptocurrency fraud case in New York.

The US believes I have hidden crypto. I wish I did but it has dissolved through the many hands of Team McAfee (your belief is not required), and my remaining assets are all seized. My friends evaporated through fear of association.

Yet, I regret nothing.

McAfee was arrested in the Barcelona airport then jailed there in October. Prison authorities were investigating the cause of death.

Spain’s high court agreed to extradite McAfee to the United States, a court document released on Wednesday said. The provincial justice department confirmed that a US man aged 75 was found dead in his cell on Wednesday.

McAfee still had opportunities to appeal his conviction but could not stand more time in jail, the lawyer Javier Villalba said. “This is the result of a cruel system that had no reason to keep this man in jail for so long,” Villalba said.

During a court hearing last month, McAfee said that given his age, he would spend the rest of his life in jail if he were to be convicted in the US. “I am hoping that the Spanish court will see the injustice of this,” he said, adding “the US wants to use me as an example.”

McAfee, who sold his software company to Intel in 2011 and no longer had any involvement in the business, lived a colorful life.

He said in 2019 that he had not paid US income taxes for eight years for ideological reasons. That year, he left the US to avoid trial, largely living on a megayacht with his wife, four large dogs, two security guards and seven staff.

He offered to help Cuba avoid a US trade embargo using cryptocurrency and sought to run for US president for the Libertarian Party.

McAfee, who said in 2018 that he had fathered at least 47 children, lived in Belize for several years. He fled after police sought him for questioning in the 2012 murder of a neighbor. He had a million followers on Twitter.

He met his wife, Janice McAfee, when she solicited him as a prostitute while he was on the run, he said.

Janice McAfee said in a post on Twitter on Sunday, Father’s Day, “Now the US authorities are determined to have John die in prison to make an example of him for speaking out against the corruption within their government agencies… There is no hope of him ever having a fair trial in America.”

Related Topics:BusinessJohn McAfee
Up Next