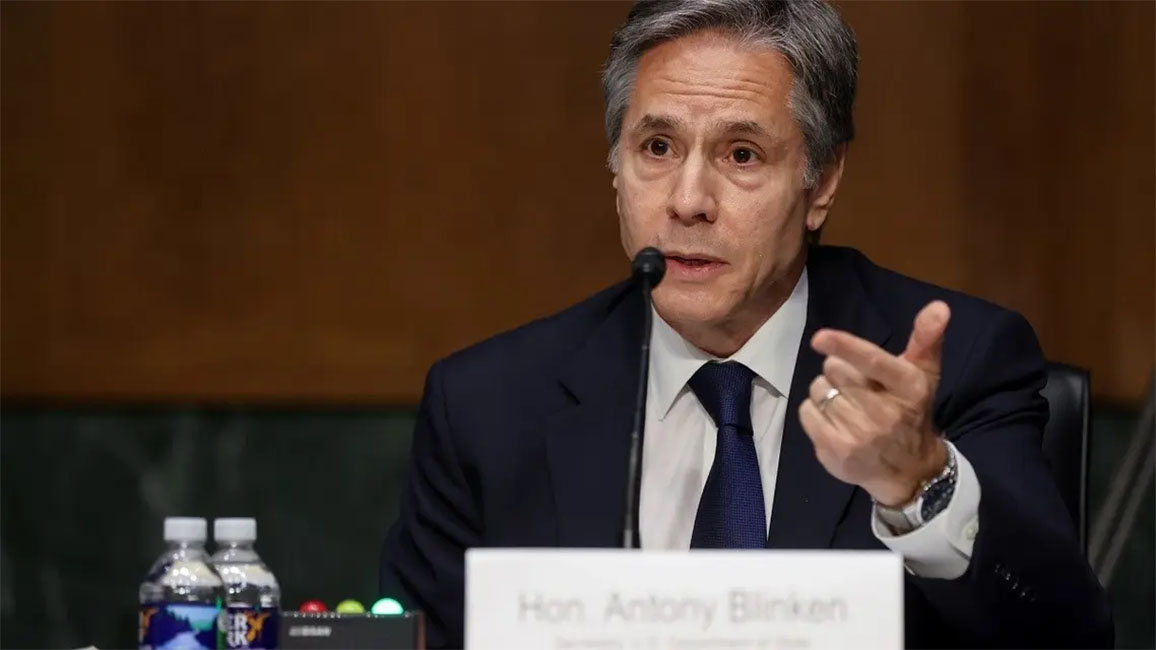 US Secretary of State Antony Blinken, in Berlin for peace talks on Libya, renewed demands Wednesday that all foreign forces leave the war-battered nation.

A ceasefire agreement from October last year “has to be fully implemented including by withdrawing all foreign forces,” Blinken told reporters ahead of the opening of the conference.

The US and Germany will stand together to prevent Russia from taking any “provocation action” against Ukraine, Blinken said.

“Germany and the United States will keep standing together against any dangerous or provocative actions by Russia, whether that’s encroaching on Ukraine’s territory or imprisoning Alexei Navalny or spreading disinformation in our democracies,” he told reporters.

Iran and world powers have been making progress in talks to revive their 2015 nuclear accord but still have to overcome major hurdles, German Foreign Minister Heiko Maas said on Wednesday.

“We are making progress but there are still some nuts to crack,” Maas told a joint news conference with US Secretary of State Antony Blinken, adding that a deal was possible even after the election victory of a hardline Iranian president.

What’s next now that the GOP has blocked the U.S. voting bill?