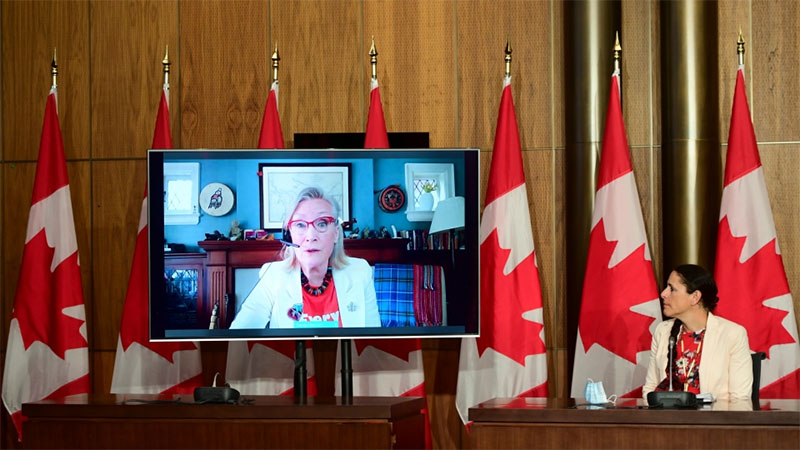 Canada’s Crown-Indigenous Relations Minister says Ottawa is open to providing archival data on residential schools to the U.S. government to help with its recently announced investigation into Indigenous boarding schools.

Carolyn Bennett says the National Centre for Truth and Reconciliation has been collecting data on the burial sites of residential schools and cemetery registries since 2016, and some of its findings would be helpful for the U.S.

Interior Secretary Deb Haaland announced Tuesday that Washington will investigate its role in the boarding schools and work to uncover the truth about the loss of human life and the lasting consequences of policies that took hundreds of thousands of children from their families and communities.

Haaland said the work will include compiling and reviewing records to identify past boarding schools, locate known and possible burial sites at or near those schools and uncover the names and tribal affiliations of students.

The recent finding of what are believed to be 215 children’s remains buried at the site of a Kamloops, B.C., residential school has magnified interest in the troubling legacy in both the U.S. and Canada.

Starting with the Indian Civilization Act of 1819, the U.S. enacted laws and policies to establish and support Indigenous boarding schools across the nation.

For over 150 years, Indigenous children in the U.S. were taken from their communities and forced into boarding schools that focused on assimilation.