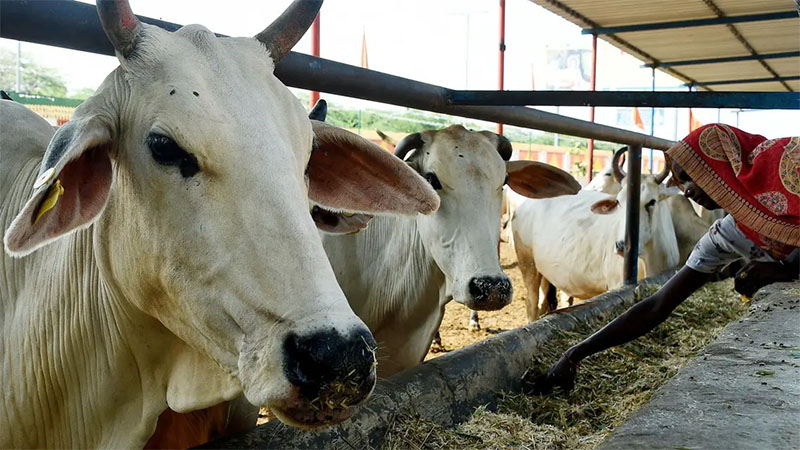 A massive manhunt is underway in central India after a gang of robbers stole nearly a ton of cow dung from a village, police said.

Villagers in the central state of Chhattisgarh complained to police last week after more than 800 kilograms (1,770 pounds) of poo disappeared from their storehouse.

Police said the gang struck at night, breaking into the depository in Korba district’s Dhurena village and fleeing with their pungent plunder estimated to be worth some 1,600 rupees ($22).

“We have questioned some suspects but no arrests have been made yet,” local police officer Harish Tandekar told AFP on Wednesday.

He added that it was not clear how the suspects had been able to transport such a large amount of faeces, or why they had stolen it.

“Investigations are continuing and every effort is being made to find the culprits,” Tandekar said.

Chhattisgarh buys bovine dung from dairy farmers at 200 rupees per 100 kilograms under a state scheme to produce vermi-compost.

In recent years, many Indian states have been encouraging farmers to sell cow poo for organic farming.

There has also been an increased demand for cattle waste for eco-friendly products such as earthen lamps and for religious purposes.

Some Hindus consider cows sacred and use the animals’ dung and urine for medicines and other holy practices.

The government is looking to encourage the production of toothpaste, shampoos and mosquito repellents from cow dung and urine.