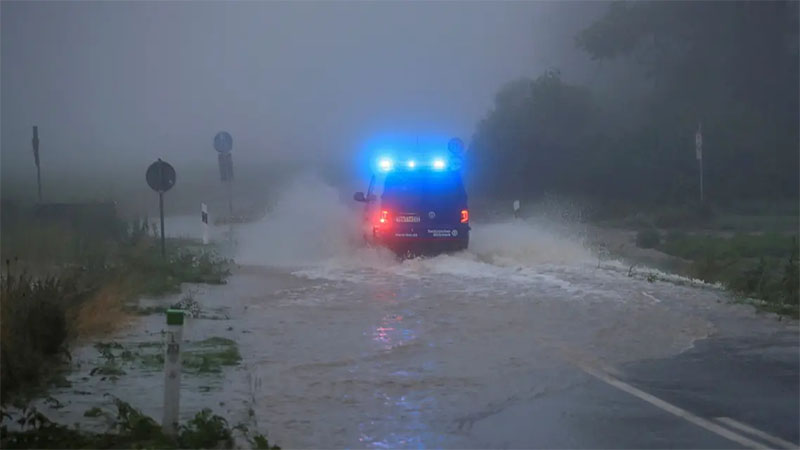 Flooding in western Germany has left six people dead and many missing, and caused at least six houses to collapse.

Police said on Thursday that four people were dead and 30 missing around the wine-growing hub of Ahrweiler, south of Bonn, after the Ahr river, which flows into the Rhine, burst its banks, bringing down the houses. Around 50 werestranded on roofs, and more houses were at risk of collapse.

“There are many places where fire brigades and rescue workers have been deployed. We don’t yet have a very precise picture because rescue measures are continuing,” a police spokesperson said.

Two firefighters died in the Sauerland region, northeast of Bonn, on Wednesday, police said. The news agency DPA said one had drowned and a second had collapsed after a rescue operation.

Rail and road transport were disrupted, and shipping on the Rhine, an important trade artery, was suspended.

More heavy rain was due in southwestern Germany, on the upper reaches of the German Rhine, on Thursday and Friday, the German Weather Service said.