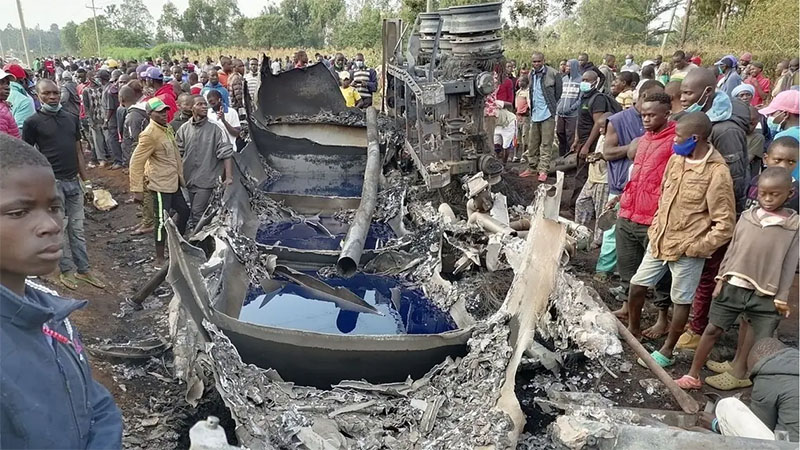 Thirteen people were killed and many others injured when an overturned petrol tanker caught fire and exploded on a highway in western Kenya, police said Sunday.

“We counted twelve bodies at the scene. Another person died in hospital from their injuries,” said Charles Chacha, a local police chief in Siaya County where the accident occurred late Saturday.

The victims had rushed to syphon leaking fuel after the truck toppled over in an accident near Malanga, some 315 kilometers (195 miles) northwest of Nairobi, on the busy road between Kisumu and the border with Uganda.

“It burst into flames as they scooped fuel that was flowing,” said Chacha.

“Many others have been taken to hospital with serious burns and they include young children.”

Fire crews arrived on the scene two hours later to douse the inferno.

In 2009, a similar accident near Molo, northwest of the capital Nairobi, killed some 122 people.

At least 25 die in Mumbai landslide induced by heavy rains