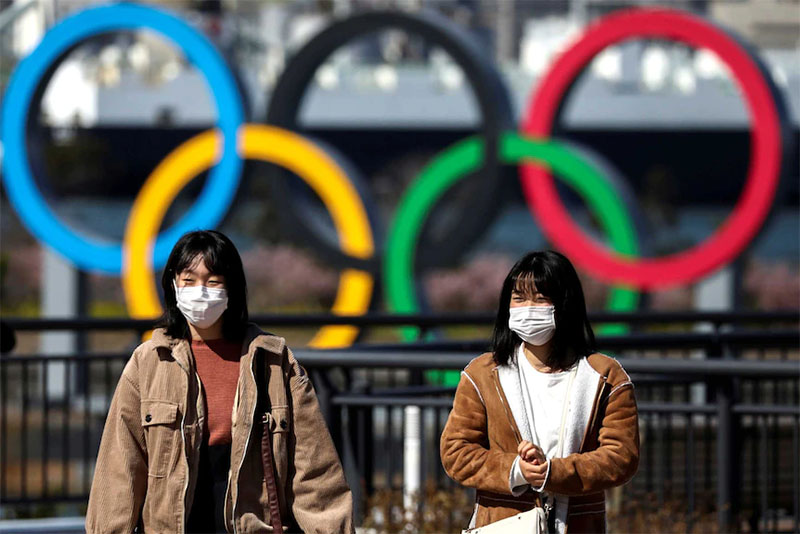 Two athletes living in the Olympic Village have tested positive for COVID-19, the first to do so with the Tokyo Games beginning on Friday.

Meanwhile, members of Australia’s Olympic athletics squad were quarantined in their rooms on Saturday at their training camp in Cairns following a COVID-19 scare.

In Tokyo, Games organisers confirmed the positive tests on Sunday and both were listed as non-Japanese athletes. No names or other details were provided.

Organisers also said another athlete had tested positive but this person was not residing in the Olympic Village. This athlete was also identified as “non-Japanese.”

Also on Sunday, the first International Olympic Committee (IOC) member was reported as positive. He recorded a positive test on Saturday entering a Tokyo airport.

The IOC confirmed the test and identified him as Ryu Seung-min of South Korea. He won an Olympic gold medal in table tennis in the 2004 Olympics.

He was reportedly being held in isolation. Reports said he was asymptomatic.

Organisers said since July 1, 55 people linked to the Olympics have reported positive tests. This accounting does include athletes or others who may have arrived for training camps but are not yet under the “jurisdiction” of the organising committee.

The Olympic Village on Tokyo Bay will house 11,000 Olympic athletes and thousands of other support staff.

Tokyo recorded 1,410 new COVID-19 cases on Saturday, the highest in six months. It was the 28th straight day that cases were higher than seven days previous.

The Olympics will open on Friday under a state of emergency in Tokyo and three neighbouring prefectures. The emergency order lasts until August 22.

The Olympics close on August 8.

Spectators — local and fans from abroad — have been banned for all Olympic events in Tokyo and the three neighbouring prefectures.

The Australian Olympic Committee (AOC) confirmed on Sunday an inconclusive test had been returned by an unnamed official who travelled to Cairns from Melbourne but subsequent tests have so far been negative.

Athletes have since been permitted to compete in a warm-up event in Cairns after being kept in their rooms from around midday on Saturday until late that evening.

“My understanding is [Athletics Australia] applied an abundance of caution and said to athletes: ‘Right, just until we get this sorted out everyone is going to stay in their rooms,'” AOC chief medical officer David Hughes said.

“COVID doesn’t have legs, it can’t move unless people move. So they did the right thing. They said to everyone: ‘Stay still until we get this sorted.'”

Athletes and officials at the camp were all placed in isolation in their rooms as Athletics Australia implemented extra testing protocols above those required.

The official, whose inconclusive test was followed by two negative tests, must complete additional tests before rejoining the rest of the team.

At least 25 die in Mumbai landslide induced by heavy rains