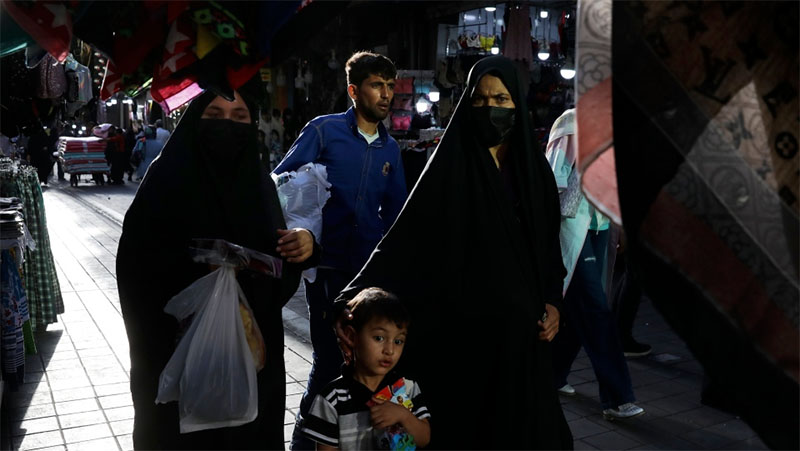 Iran on Tuesday broke another record in the country’s daily new coronavirus cases, even as Tehran and its surroundings went into lockdown, a week-long measure imposed amid another surge in the pandemic.

The country’s health ministry announced 27,444 new cases and 250 deaths over the past day, bringing the overall death toll to 87,624 from among more than 3.5 million confirmed cases in the pandemic.

On Tuesday, Iran embarked on another lockdown — the nation’s fifth so far — that is meant to last until next Monday. All bazaars, marketplaces and public offices closed, as well as movie theatres, gyms and restaurants, in both Tehran province and the neighbouring province of Alborz.

On Monday, Tehran Province Gov. Anoushiravan Bandpay announced a code red, saying all hospitals in the province have reached their full capacity.

During an earlier surge in cases, in April, Iran reported the highest daily number of cases, 25,582. At the time, its daily death tolls surged to around 400, below the grim record of 486 reached last November.

Iranian authorities have lately been warning about a new surge, fueled by the fast-spreading delta variant. In sanctions-hit Iran, which has the highest COVID-19 death toll in the Middle East, less than 2% of the population of 84 million has received both doses, mainly of the imported Russian and Chinese vaccines.