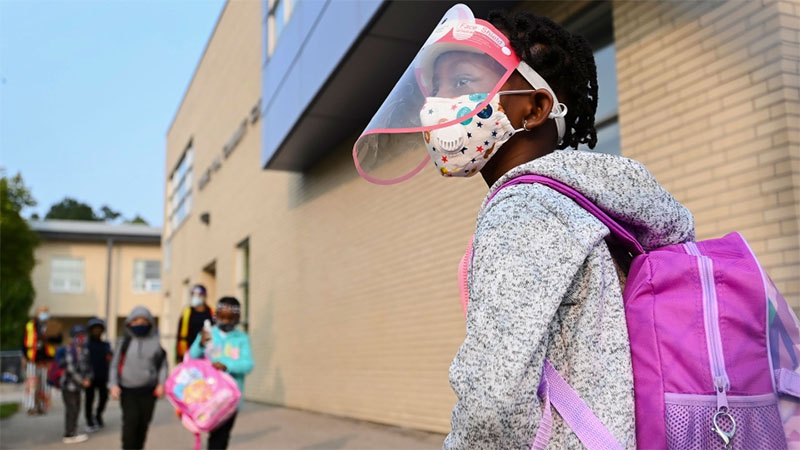 Ontario’s chief medical officer of health says he’s not sure there will be high enough levels of immunity to COVID-19 across the province by September for kids to return to school unmasked.

The government’s science advisory table released recommendations Monday for COVID-19 protocols in schools when they resume, including loosening rules on masking in low-risk scenarios.

Dr. Kieran Moore says he would define low risk in that context as a community that is seeing fewer than 10 cases per 100,000 people per week.

He says he would support a regional approach to masking rules in schools, though that may be difficult to implement.

Moore says there may be a “very cautious start” in September and then the situation would have to be monitored, because he doesn’t know that community immunity will be high enough by then.

Roughly 80 per cent of eligible Ontarians have received at least one dose of a vaccine, but Moore is hoping for 90 per cent to better protect the people of the province from the highly transmissible Delta variant.

He says the best thing that people can do to ensure schools can return safely is for as many eligible Ontarians as possible to get vaccinated.

There were 34 new cases in Toronto, 17 in the Region of Waterloo, 14 in York Region, and 10 each in Peel Region, Grey Bruce and Halton Region. More than 13,500 tests were completed in the previous day.

There are 149 people in intensive care in hospitals due to COVID-related critical illness and 98 patients are on ventilators.

Planned Aug. 9 reopening of border with St-Pierre-Miquelon cheered in Newfoundland