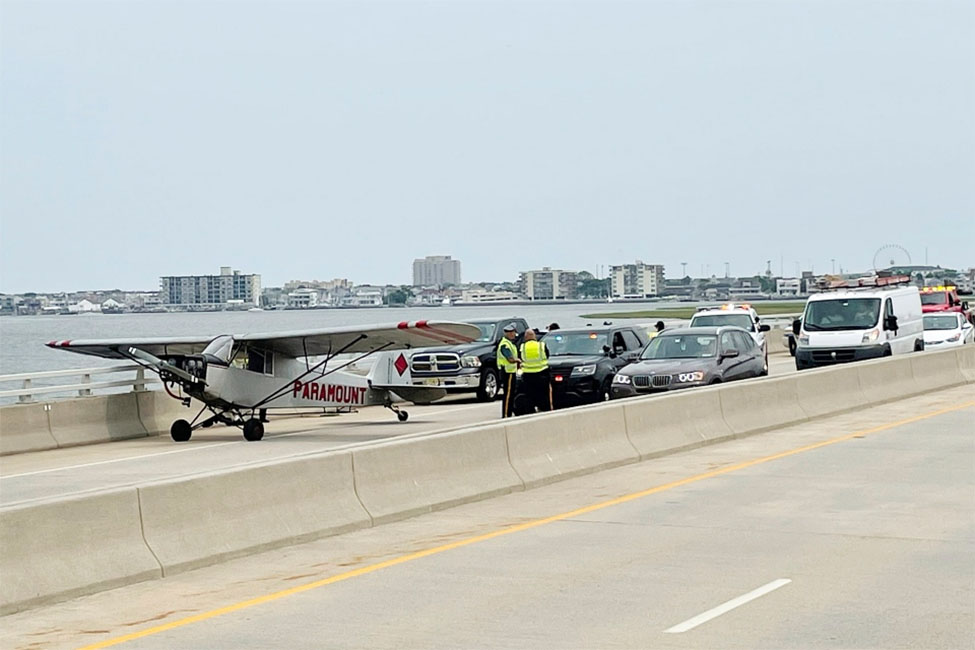 The 18-year old pilot of a banner plane made an emergency landing Monday on a bridge in southern New Jersey, snarling traffic but causing no injuries, authorities said.

Landon Lucas reported that his plane started having engine trouble around 12:30 p.m. as he was flying near Steel Pier in Atlantic City, officials said. Lucas released his banner into the ocean and was trying to fly to a nearby municipal airport in Ocean City when he spotted a gap in traffic in the westbound lanes of the Route 52 causeway, which connects Ocean City and Somers Point.

Lucas landed the plane without incident, witnesses said, and officials said the aircraft was not damaged.

‘If anybody is lying here senator, it is you,’ Fauci tells Sen. Paul in heated exchange at Senate hearing