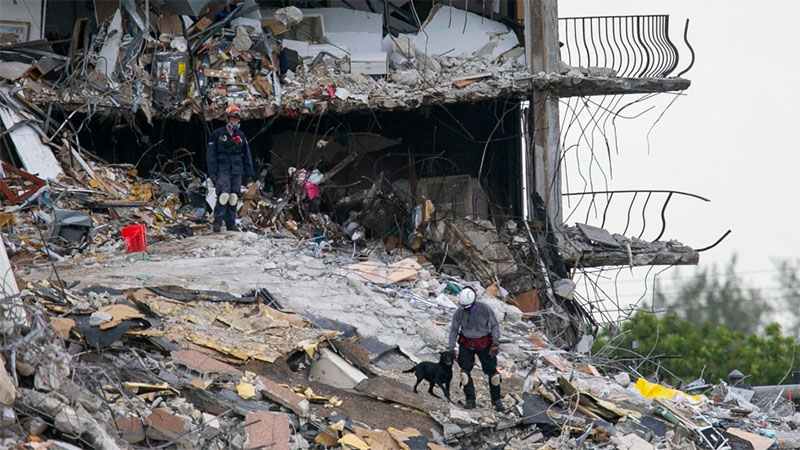 Two young women from Montreal who were on vacation in Florida are among the victims of the building collapse in Surfside.

The international business consulting firm Accenture, which has an office in Montreal, announced in a press release Tuesday that it was mourning the loss of an employee, Michelle Pazos, as well as her father.

The 23-year-old was visiting her father, who owned a condo in the Surfside building. She was accompanied on the trip by her friend Anastasia Gromova, who remains unaccounted for at this time.

Miami-Dade police authorities have confirmed that the body of Michelle Pazos was found in the rubble of the building on July 9. The day before, the body of her 55-year-old father, Miguel Pazos, was also recovered.

Anastasia Gromova’s mother, Larysa Gromova, confirmed in a written message that her daughter is one of the four Canadian citizens reported missing after the collapse of the condominium building.

According to information provided by local authorities, at least 97 people died in the June 24 tragedy. As of Monday, 95 victims had been identified.