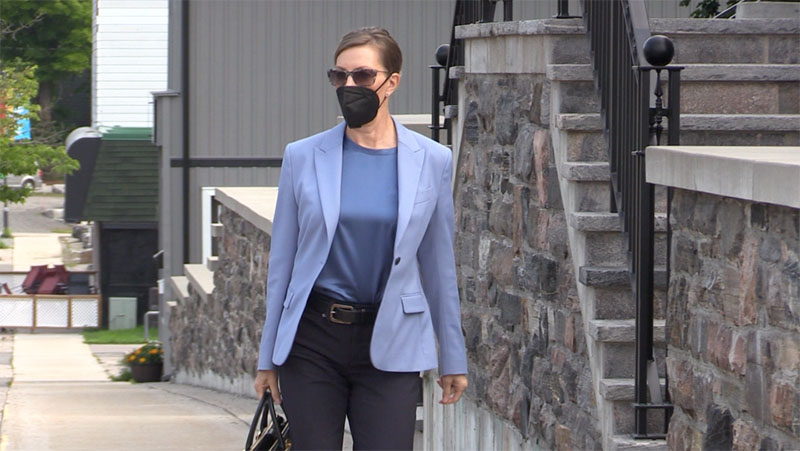 Closing submissions began Thursday in a Parry Sound, Ont., courtroom with Linda O’Leary’s lawyer arguing the Crown failed to prove his client was responsible for a deadly boating collision in 2019.

“She did nothing wrong,” said defence lawyer Brian Greenspan.

O’Leary, the wife of celebrity businessman Kevin O’Leary, has pleaded not guilty to the careless operation of a vessel under the Canada Shipping Act after a two-vessel collision on Lake Joseph that killed Gary Poltash, 64, and Suzana Brito, 48.

“It goes without saying, the loss of two lives is the indelible tragedy of Aug. 24, 2019,” Greenspan said. “Nevertheless, in our respectful submission, is this misguided prosecution in the charges brought against Linda O’Leary.”

The defence argued the Crown’s allegations that O’Leary carelessly captained the boat was “a prosecutorial innuendo of suspicion.”

Greenspan told the court there wasn’t evidence to support accusations that O’Leary was speeding or impaired.

“The Crown cannot and has not proven beyond a reasonable doubt that Mrs. O’Leary was driving at a careless speed or that alcohol impaired her operation or indeed affected her operation of the Cobalt or that she failed to exercise due care and attention.

The inability to prove those issues necessitates an acquittal,” he argued.

Over the past two weeks, much of the proceedings have focused on whether the other vessel had its lights on before the crash.

On Wednesday, Kevin O’Leary testified that the other boat, owned by Dr. Irv Edwards and operated by Dr. Richard Ruh, “was invisible” and “completely pitch black” before the collision.

The former ‘Dragon’s Den’ star told the court that he was keeping a watchful eye by his wife’s side, adding she was a responsible boater. “She would turn off any noise or music and just boat. Keeping very alert to what was around us.”

Today, Greenspan said Edward’s boat was dark so its occupants to stargaze. “In order to see the stars, the lights of the vessel had been turned off.”

Earlier in the trial, Edwards and Ruh testified the lights were on at the time of the crash. Both men are being sued in civil court.

“There can be no rational, reasonable evidentiary foundation for a suggestion that the Nautique was anything other than invisible to Mrs. O’Leary on that dark, moonless night,” Greenspan declared. “Linda O’Leary could not have avoided this collision.”

The Crown will present its closing submissions next, with the judge’s decision expected to take several weeks.