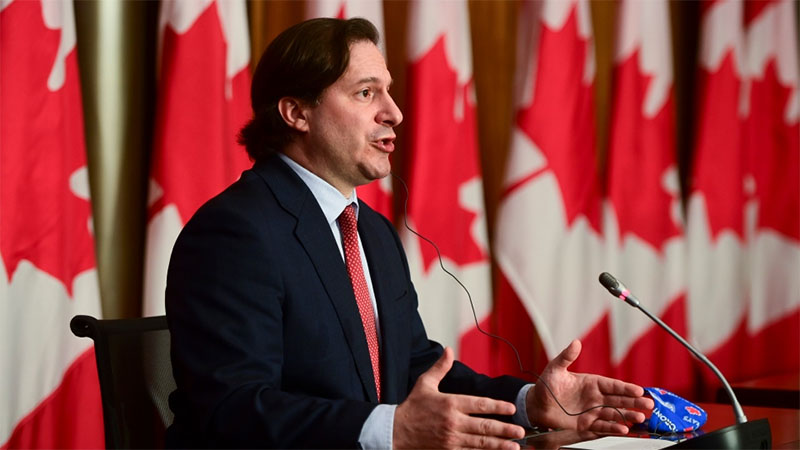 The federal government is implementing “special immigration measures” to extract Afghan nationals engaged with the Canadian Embassy, their families and those who helped Canadian military on the front lines as the Taliban continues to gain ground there.

“We will not leave them behind. Lives hang in the balance here, which is why we’re taking timely and decisive action. Canada will do right by those who did right by us,” Mendicino told reporters on Friday.

“Those eligible will include, but are not limited to, interpreters who worked with the Canadian Forces during the combat mission, locally engaged staff currently or previously employed at the Canadian Embassy and their families.”

The Taliban claims it now controls about 80 per cent of Afghanistan after the U.S. began its extracting its military forces in a move U.S. President Joe Biden has announced will be complete by Aug. 31.

While the U.S. has begun evacuating some 2,500 interpreters and other support staff to a military base in Virginia pending approval of their visas, Afghans who helped Canadian forces had, until this point, heard no plan from Ottawa.

Canada’s combat mission in Afghanistan ended ten years ago this month, nearly a decade after the attacks of September 11, 2001.

Sajjan added that the Canadian government is unable to share specific operational details due to security factors, but that the planning process has been ongoing and they’re working “swiftly.”

“The security situation is deteriorating and we need to work with our allies very, very closely so the plan itself has to be guarded for the safety of the people that we’re trying to bring to Canada,” he said.

Garneau also stated that Canada is calling for a permanent ceasefire to “end the interminable suffering of the Afghan people as well as to facilitate the provision of humanitarian assistance to those in need.”

Conservative Leader Erin O’Toole weighed in on the news, stating that the government should have made the announcement months ago.

“The Americans made it clear that they would be leaving Afghanistan months ago, and the rise of the Taliban was an expected result,” reads a statement to CTVNews.ca

“Instead of putting forward a plan to help the heroic Afghan interpreters, support staff, and their families, the Trudeau Liberals sat on their hands and did nothing. It’s quite disappointing that these Afghans who saved the lives of our men and women in uniform were an afterthought to this Liberal government.”

A previous special immigration measure for Afghans who worked with the Armed Forces settled more than 800 Afghan nationals and their families in Canada from 2009 to 2011 and a revised version of that program began in 2012.

Back then interpreters needed 12 months of service between 2007 and 2011, as well as proof that their lives were in danger.

Asked what criteria the government will be pursuing this time around, Mendicino said only that his department is working closely with its defence counterparts on eligibility.

“I would certainly invite anyone who believes that they or their family may be eligible under this program to contact my office directly and we will work very closely with them as well as the Department of National Defence and Global Affairs Canada to identify those who may be able to avail themselves of this program,” he said.