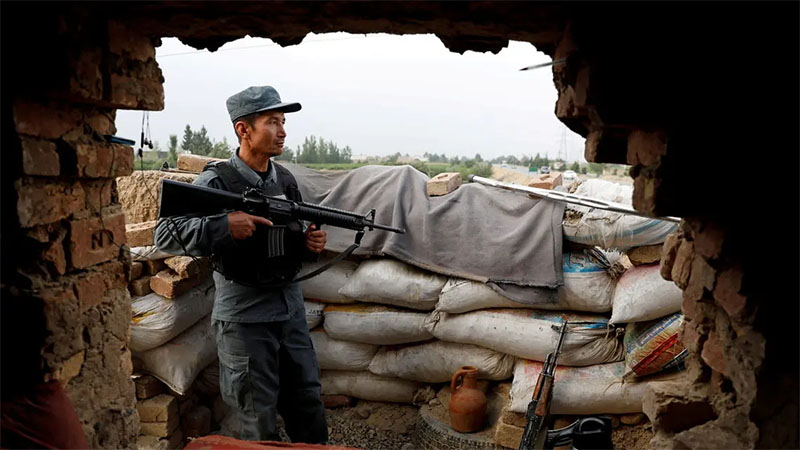 Afghan forces have captured four Taliban fighters including a militant commander for carrying out this week’s rocket attack targeting the presidential palace in Kabul during the Muslim Eid al-Adha prayers, officials said Sunday.

At least three rockets landed near the palace on Tuesday as President Ashraf Ghani and his top officials performed outdoor prayers to mark the start of the Muslim holiday.

The interior ministry said police had arrested four Taliban fighters in an operation in Kabul who were behind the attack, which was claimed by the extremist ISIS group.

“A Taliban commander, Momin, along with his three other men, have been arrested. They all belong to the Taliban group,” ministry spokesman Mirwais Stanikzai told reporters in a video message.

He said Momin was a key organizer of the rocket attack, and the group was also involved in other attacks.

The palace was also attacked last year as hundreds gathered for Ghani’s inauguration for a second term as president.

That attack was also claimed by ISIS.

The Taliban have announced ceasefires during past Islamic holidays in recent years, offering respite to Afghans who can visit family in relative safety, but no such offer was made on this occasion.

The rocket attack on Tuesday came as the Taliban capitalize on the last stages of the withdrawal of US-led foreign forces from Afghanistan, capturing scores of districts, border crossings and encircling several provincial capitals.

The fighting continues across the rugged countryside as peace talks between the Afghan government and the Taliban have so far failed to reach a deal to end the war.

In a bid to curb the surging violence, Afghan authorities on Saturday imposed a night-time curfew in 31 of the country’s 34 provinces except Kabul, Panjshir and Nangarhar.