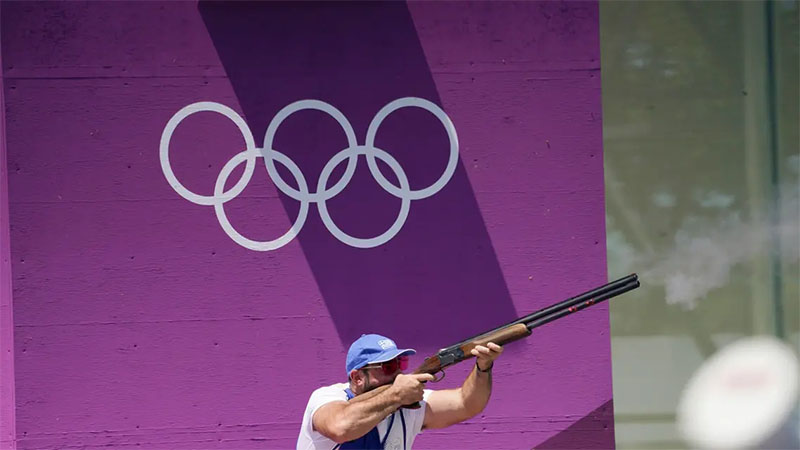 A volunteer has collapsed during the medal ceremony at Asaka Shooting Range at the Tokyo Olympics.

The woman went down shortly after the Star Spangled Banner played for 10-meter air rifle gold medalist William Shaner. He and the other medalists were posing for pictures.

The Olympic music kept playing as staff and medical personnel raced to the woman’s side. One volunteer waved papers to cool her off and she was placed on a stretcher after a few minutes.

Paramedics arrived at the venue’s medical center with a stretcher, but left after a few minutes as workers inside turned the woman on her side and talked to her.

Intense heat and humidity have taken a toll already during the Tokyo Olympics, particularly at outside venues. The Asaka Shooting Range is air conditioned, but still muggy inside.