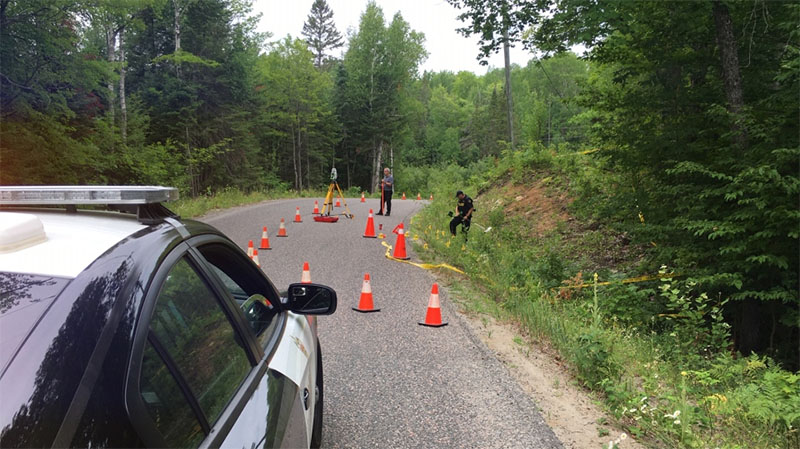 Ontario’s police watchdog has cleared the officers involved in a shooting that left a 73-year-old man dead in Haliburton County last July.

The Ontario Special Investigations Unit (SIU) said Leslie Hegedus was “intent on killing police officers” when he fired on officers outside his home.

Police had been called to a Valu-Mart grocery store on Highway 35 in Minden, Ont., on the morning of July 15, 2020. They said 73-year-old Hegedus was inside the store, refusing to wear a mask and assaulting staff members.

Witnesses reported he left the store, narrowly missing hitting pedestrians and shopping carts with his vehicle.

Police officers then followed Hegedus in a short pursuit that was called off.

Hours later, police went to meet with Hegedus at his home on Indian Point Road, east of Haliburton, when they found themselves under fire.

The SIU said Hegedus was hiding in the bushes and fired twice at one of the officers, prompting them to run for cover and call for help.

The SIU said the two officers who arrived exchanged gunfire with Hegedus, and he was shot three times.

Hegedus was taken to the hospital, where he was pronounced dead.

The SIU said no reasonable grounds were found to believe the two police officers acted unlawfully, and the use of force in shooting Hegedus was reasonable and proportionate.

In his report, SIU director Joseph Martino said “there can be little doubt that Mr. Hegedus was intent on killing police officers.”

Ontario will have different rules for unvaccinated students this September