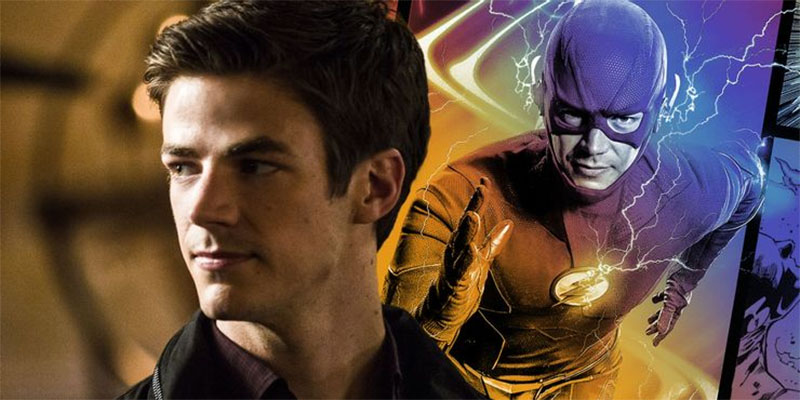 The Flash season 8 is officially happening, but with rumors floating around that the Arrowverse drama is entering its final season, what is actually happening?

Since Arrow kicked off the Arrowverse in 2012, it has become one of the most successful live-action superhero franchises. For almost ten years, The CW has managed to bring multiple Justice League characters and super-villains from panel to screen while fleshing out their interconnected universe.

However, there comes a time when a series reaches its end. Sometimes it comes in the form of a mutual agreement between the network and a show’s creative team. In other cases, a show might get canceled by its network because of declining ratings or other issues behind the scenes. Some series simply run longer than others, and The Flash season 8 will officially surpass Arrow as the longest-running Arrowverse show on The CW in 2022. While Arrow ran for 170 episodes, The Flash season 8 will exceed their number, or they will be tied, depending on how big their episode order is next season.

Despite The Flash season 8 coming to fruition, there has been a big focus on the show’s future through various fan discussions and rumors. Even though The Flash will obviously end at some point, what happens after the eighth season is too early to determine as they haven’t even started production yet. That is why it is time to examine what drives the speculation and rumors that season 8 will finish the show, what is officially confirmed about The Flash season 8, and what alternative Arrowverse spinoffs could potentially continue Flash’s legacy after Barry Allen’s adventure ends.

Why The Flash Fans Think Season 8 Is The Final Season

The online world has greatly expanded throughout the decades, but it has many disadvantages, including how false/unconfirmed information gets believed as facts so easily. There has been some chatter among viewers of The Flash that the long-running series could be getting closer to the finish line. Unfortunately, one of those factors has been that several “scoop” websites have reported how they hear that The Flash season 8 will be the show’s final one. Supposedly exclusive reports have resulted in many online believing these rumors surrounding this season to be facts, which sadly creates a false narrative, as these claims are currently unfounded.

Despite multiple unconfirmed reports, Warner Bros. TV and The CW have not announced that The Flash will end after its eighth season. Even though it’s primarily based on unverified information, a lot of commentary about The Flash’s possible ending has been understandable, as many have expressed that they feel the story is narratively approaching its end, that the financial costs of the show may mean the studio intends to end it soon, and have also referenced the fact that Arrow ended after eight seasons. However, just because Arrow ended after eight seasons, it doesn’t automatically mean that The Flash will necessarily finish its run as part of the Arrowverse in 2022, meaning the court is still out until official word comes in.

Everything We Know About The Flash Season 8 (Officially)

As of right now, Grant Gustin’s deal will officially end after The Flash season 8. Before the pandemic, Gustin had stated on Inside of You with Michael Rosenbaum they were renegotiating a new contract for two additional seasons. It’s unclear what resulted in Gustin’s current deal ending after The Flash season 8. Gustin’s new contract did also fuel those speculations about The Flash’s potential ending. However, The CW/WB could still renegotiate and sign Gustin on for one season or more. Ahead of The Flash season 7’s final episodes, Candice Patton, Danielle Panabaker, and Jesse L. Martin signed on to return for the eighth season. The only original cast members that won’t be back in The Flash season 8, at least as series regulars, are Carlos Valdes and Tom Cavanagh. It remains to be seen if new characters will be added to the main cast or if recurring ones get promoted to series regular.

In terms of new storylines, when The Flash season 8 premieres on November 16, it’ll start with a special 5-episode event featuring Arrowverse heroes from the other shows. One of them will possibly be Cress Williams’ Black Lightning, as the actor revealed multiple discussions had occurred about Jefferson Pierce visiting Central City. Showrunner Eric Wallace has said in several interviews it’s currently unclear if The Flash season 8 will be the final one, as it relies on Gustin and the other actors. In a post-mortem EW interview, Wallace admitted that right now, the writers are focused on making the best season they can. According to Wallace in a chat with Deadline, one of The Flash season 8 villains will be horror/supernatural-inspired. The new season will also deal with Iris’ mysterious sickness. While Wallace was coy, it does sound like XS and Impulse may be back in some capacity. Since DC FanDome happens precisely one month before The Flash season 8 premieres, they will likely reveal more details after shooting their first batch of episodes.

How Arrowverse Can Continue The Flash’s Legacy With Spinoffs

Whether The Flash season 8 becomes the last one or goes on for a ninth or even tenth season, the Arrowverse has several speedsters, as they have introduced multiple heroes from the comics. Whenever it’s officially decided what season will be The Flash’s final one, the Arrowverse could look to the established Flash Family to continue the legacy in potential spinoffs. While Green Arrow and the Canaries didn’t go forward, the Arrowverse could do an XS/Impulse spinoff as a second attempt at a series focusing on the next generation. After The Flash’s 150th episode gave a glimpse into their lives in 2049, a spinoff set in the future would allow the Arrowverse to focus on a different time period, which was Green Arrow and the Canaries’ intention. An XS/Impulse show would also be a way to incorporate John Wesley Shipp’s Jay Garrick, as his character came to bond with Iris and Barry’s kids, especially Bart.

Then there is Wally West, another beloved Arrowverse speedster, as he could star in a Kid Flash series or follow a similar path like the comics by taking on The Flash mantle. That doesn’t necessarily mean Barry would have to either retire, die, or pass on the torch. Wally’s show could follow him carrying the title in a different part of the Arrowverse while Barry protects Central City. Ever since Keiynan Lonsdale joined the Arrowverse as Wally, Kid Flash has always been a huge fan-favorite who could easily headline his own series. A show focused on Kid Flash could also be a way to re-introduce Jesse Quick. Following the events of Crisis on Infinite Earths, the fate of Violett Beane’s character has still not been solved unless The Flash season 8 will actually reveal her status. An Arrowverse show about those speedsters would be organic since Wally and Jesse were romantically involved in The Flash’s earlier seasons and a spinoff could revisit that.

Whether it’s about the kids in 2049 or Wally and Jesse, any Flash spinoff could take the opportunity in borrowing a page out from Superman & Lois and Stargirl’s books in terms of approaching doing it with fewer episodes, different tones, explore new visuals looks, and more. As powerful as Barry’s story has and continues to be, there are still other angles of the Flash Family that the Arrowverse can and should explore even after Gustin’s show ends. The important thing for The Flash, in the long run, is that the series gets to end on its own term rather than go out prematurely. Given how The Flash has been The CW’s flagship show for almost eight years, it’s hard to imagine it not getting a proper send off whenever that time might come. Regardless of when The Flash ends, that announcement will come directly from The CW when the network, studio, and show’s creative team officially feel it’s the right time.

Related Topics:EntertainmentTelevisionThe Flash
Up Next