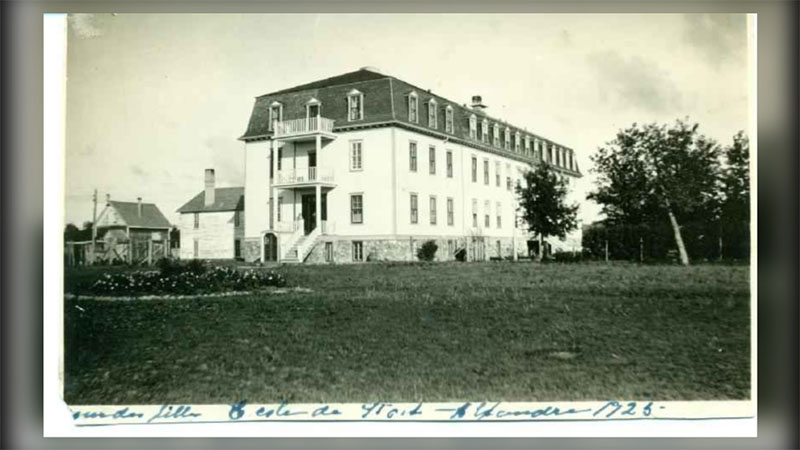 The Manitoba RCMP confirmed on Tuesday that it has been conducting a large-scale investigation into allegations of sexual abuse at Fort Alexander Residential School.

Marvyn Morrisseau remembers the ten years of horror he experienced at the school, starting at age four.

Morrisseau said he and his fellow students were brainwashed and fed like dogs. He said the abuse was rampant.

“It was very abusive,” he said. “We were not only physically abused, but sexually abused.”

During the probative investigation, when officers gathered information to determine what happened and the scope of the incidents, investigators travelled to Ottawa to review archival records of the residential school and anyone involved. Investigators also went to the Manitoba archives for historical information.

After compiling this data, investigators developed an investigation plan and began to reach out to people whose names had appeared in the documents. They also went door-to-door in the area where the school was located.

Officers ended up speaking with more than 700 people across North America in order to find possible victims or witnesses.

Once canvassing was complete, Mounties launched a criminal investigation and started taking formal statements and interviewed victims and witnesses. Police obtained a total of 75 victim and witness statements.

Last week crews hired by the community began a search of the former site to look for any unmarked graves.

Mounties have also worked with First Nations leadership, including the Grand Chiefs of the Assembly of Manitoba Chiefs and the Southern Chiefs’ Organization. They also met with the Chief and Council of Sagkeeng First Nation.

The investigation resulted in RCMP sending an investigative court package to prosecution services for review and to provide advice on charges. At this time, no charges have been laid.

Mounties are reminding people that victims, suspects and witnesses have privacy rights.

“Violation of the privacy rights of those involved in this investigation will not only cause further trauma to everyone involved, but also potentially compromise this highly sensitive investigation,” said Chief Derrick Henderson of Sagkeeng First Nation in a news release.

“We ask that the trauma our community has experienced and continues to live every day is respected and that those affected are afforded their privacy at this time.”

It is the only investigation into a residential school that is currently underway by Manitoba RCMP.

Morrisseau hopes there are charges so someone can be held accountable for what he and many other children endured.

“I’d love to see that happen if there is anybody alive.”

The RCMP said it will not be providing any further information on this investigation.