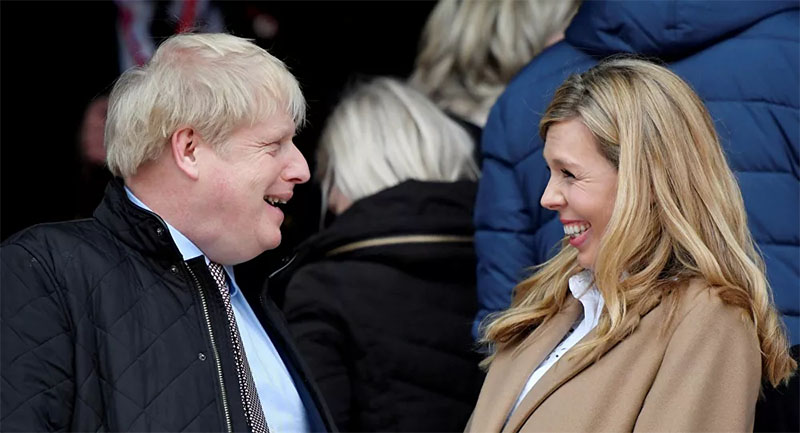 The couple, who got married at a secret ceremony at Westminster Cathedral two months ago, welcomed their first child last year. The baby boy was named Wilfred Lawrie Nicholas Johnson, in honour of the doctors who saved the prime minister from COVID.

The wife of British Prime Minister Boris Johnson, Carrie, has announced she is pregnant with a second baby. Making a statement on her Instagram account, she said the couple expects the child this Christmas.

Mrs Johnson, 33, went on to reveal that she had a miscarriage earlier this year, which left her “heartbroken”.

“I feel incredibly blessed to be pregnant again but I’ve also felt like a bag of nerves,”, she said. “Fertility issues can be really hard for many people, particularly when on platforms like Instagram it can look like everything is only ever going well”.

The couple welcomed their first child on 29 April 2020 in London. The baby boy’s middle name, Nicholas, is a tribute to the two NHS doctors, Dr Nick Price and Dr Nick Hart, who were treating the prime minister after he contracted COVID-19 in March 2020.

The details of Boris Johnson’s personal life, as well as the exact number of children he has fathered, are shrouded in mystery. The prime minister is known to have four children together with his ex-spouse, Marina Wheeler. Boris Johnson also fathered a child outside marriage with art consultant Helen Macintyre.