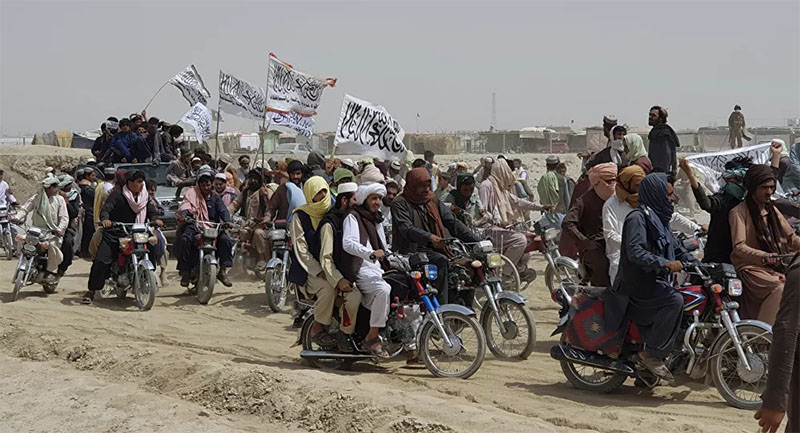 Violence in Afghanistan has been on the rise since foreign troops began to withdraw from the country. The troop pullout was a premise of the agreement reached by the Taliban* and the United States in Doha in February of last year, conditional upon the radical group ceasing violence and cutting ties with terrorist organizations.

The Taliban have killed up to 900 people in the southern province of Kandahar in the past month and a half, local TOLO News reported, citing the province’s ex-police chief Tadin Khan.

According to Khan, who is also a member of the High Council of the National Reconciliation, the group “does not believe in human rights.” Their targets became detained soldiers, police officers, tribal leaders, and civillians, including even a popular comedian, all of whom they allege had ties to the Afghan government.

The Taliban forcefully took these people from their homes and executed them, Khan reportedly said.

“They possibly martyred 800 to 900 people in the past month and a half. The people have suffered enormously. The brutality that occurred in Boldak,” Khan was quoted by the outlet as saying.

Taliban fighters have reclaimed control over much of the province, including its capital (also called Kandahar), as the group continues its violent seizure of power amid the withdrawal of foreign troops. This contradicts their earlier statements that the group is committed to settling the conflict peacefully.

On Tuesday, an eyewitness and a source in the Kabul police told Sputnik that a car was blown up near the house of Defense Minister Bismillah Khan Mohammadi, after which several armed people entered the premises. Later in the day, the minister confirmed that neither he nor his family had been injured. Nevertheless, the attack did claim the lives of eight people and left another 20 injured.

The Taliban have taken responsibility for the assault.

Amid the group’s large territorial gains, Afghan President Ashraf Ghani has blamed the deteriorating security situation in his country on Washington’s “abrupt” decision to withdraw forces. The president said that Kabul had launched a six-month security plan, under which the armed forces are set to focus on defending strategic targets, while police will ensure security in cities and strategic districts.

After he revealed that American troops would leave Afghanistan by August 31, US President Joe Biden said that he “does not trust the Taliban,” but he does “trust the capacity of the Afghan military,” as the forces are “more competent in terms of conducting war” if need be. His words came just as reports indicated that the Islamist group had captured a third key border crossing.

The troop pullout was one of the points of the agreement that the radical group and the United States reached in Doha in February 2020. Last month, US Central Command (CENTCOM) said the troop withdrawal from Afghanistan is more than 95 percent complete.