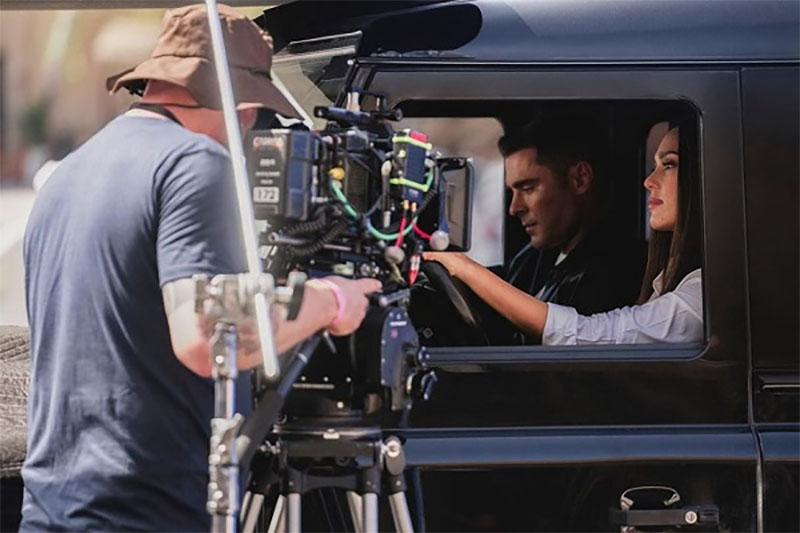 Dubai – famed for attracting some of the world’s most famous celebrities – has enlisted two Hollywood A-listers to help put the emirate on the map in a new tourism campaign.

US actors Zac Efron, who has starred in films including Baywatch and the Greatest Showman, and Jessica Alba, of the Famous Four franchise, front up a short spoof action film for Dubai Tourism.

Famous Dubai tourism hotspots are depicted in the short film, including the celebrity duo skydiving off the Burj Al Arab, dining at the Pierchic restaurant, and racing across the emirate’s sand dunes.

“Being able to play multiple characters across the series gave me an opportunity to see the city in ways I wouldn’t have imagined,” she said. “One moment I was winding my way through the spice souk in Old Dubai, and the next I was on the top floor of the iconic Burj Al Arab performing my own stunt sequence for an action scene.”

“Dubai has so much to offer- from beautiful locations to the amazing food and an energy to match, I loved every part of it.”

Award-winning actor and producer Zac Efron said starring in the ad campaign gave him a chance to see the hidden gems of Dubai.

“I’ve been to Dubai previously, but I was never able to truly appreciate the city in this way.”

“Despite the fact that I travel often, it is rare to get to have the time and the opportunity to really explore and enjoy the city’s offerings. The desert was particularly special to me such a peaceful and calm landscape and unlike anything I had ever seen.”

“The people of Dubai were incredibly warm and hospitable and invited me to enjoy the culture by their side. I love the idea of discovery and exploration and Dubai did not disappoint.”

It is not the first time Dubai Tourism has enlisted some celebrity help in promoting the emirate.

Past stars include Gwyneth Paltrow, Kate Hudson and Zoe Saldana.

Dubai recently marked a year since it reopened its doors to international travelers.

Data from Dubai Tourism shows that the city welcomed 4.1 million overnight visitors in a 12-month period from July 2020 to June 2021.

In line with strict COVID-19 protocols, filming took place over a duration of five days.