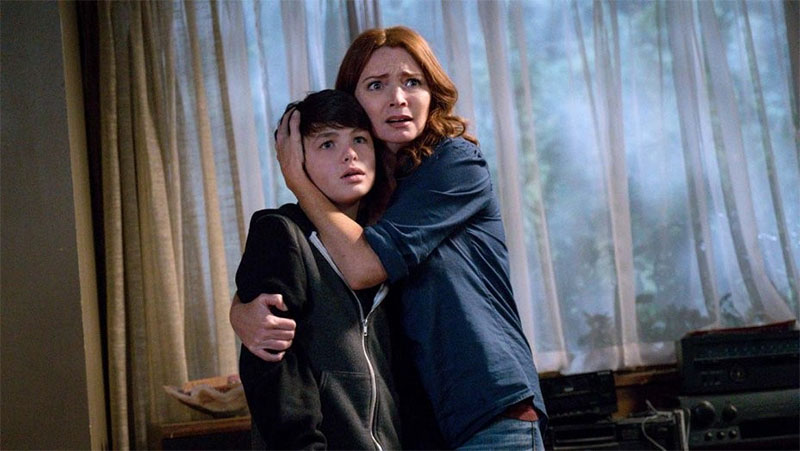 A report from a B.C. coroner confirms a young B.C. actor best known for his role in the TV series The Flash died of drug overdose at the age of 16.
The report, obtained by CTV News Thursday, listed Logan Williams’ immediate cause of death on the morning of April 2, 2020, as acute drug toxicity.

Coroner Adele Lambert wrote in the report that she believes his death was unintentional, and due to fentanyl, a potent opioid often present in the systems of those who have died of overdose in B.C.

His death was ruled as accidental.

In a section titled “Investigative findings,” Lambert described Williams as an athletic youth who struggled with mental health as he got older. According to her report, he had a “history of consuming illicit substances.”

While she does not go into detail about what happened, she wrote that Williams was in the care of the provincial Ministry of Children and Family Development starting in 2019, and that support services including residential treatment were provided but that the teen often refused to participate.

He had an overdose in February of the year he died, but was resuscitated, she wrote. At that time, he was diagnosed with what the coroner described as a “significant brain injury that affected his memory and functioning.”

At that time, according to the report, he said he wanted treatment and would follow medical advice. The coroner wrote that he was discharged from hospital with recommendations that he be supervised less than a month before his death.

At that time, doctors wrote that Williams was at high risk for serious injury or death, her report said.

On the evening before his body was discovered, he’d been reported missing from the residence where he was receiving care, but returned at 11 p.m.

At that time, staff said, he appeared to be under the influence of some type of substance.

According to the report, Williams spoke to staff around 4 a.m. on April 2, and during the facility’s hourly checks, he appeared to be sleeping. At 9:30 a.m., he was found dead.

The coroner wrote that drug paraphernalia was found near his body.

Police were called to investigate, but his death was not considered suspicious. The Ministry of Children and Family Development is conducting its own investigation into the death.

The health authority in charge of the area where the unnamed facility is located also conducted a review, and some concerns were identified. Recommendations were made and put in place in the fall of last year, which include further training on bed checks.

The findings are consistent with what Williams’ mother, Marlyse, told the New York Post a month after the teen’s death.

She said she was sharing the news because she wanted to raise awareness of the opioid crisis, telling the Post at the time, “His death is not going to be in vain. He’s going to help a lot of people down the road.”

She told the newspaper that her son, who grew up in the Vancouver suburb of Coquitlam, had been struggling with addiction for years.

Williams is not the first young actor to have died of a drug overdose in Metro Vancouver. Glee star Cory Monteith was found dead in a Vancouver hotel room in 2013 after injecting a lethal dose of heroin and consuming alcohol.

A coroner who investigated that case ruled the 31-year-old’s death as accidental, and noted the actor had a history of illicit drug use with periods of rehabilitation.

In her report, she said periods of abstinence can lower a user’s tolerance.

Opioid use and the presence of fentanyl have long been an issue on Canada’s West Coast. Earlier this year, B.C. marked the fifth anniversary of its opioid overdose crisis.

So far in 2021, more than 1,000 people have died of illicit drug overdose in the province, a number the chief coroner said keeps her up at night.

B.C. is on track to see around 2,000 deaths by the end of the year if nothing changes.

Drug toxicity is now the leading cause of unnatural death in B.C., with fentanyl being a factor in about 85 per cent of deaths.