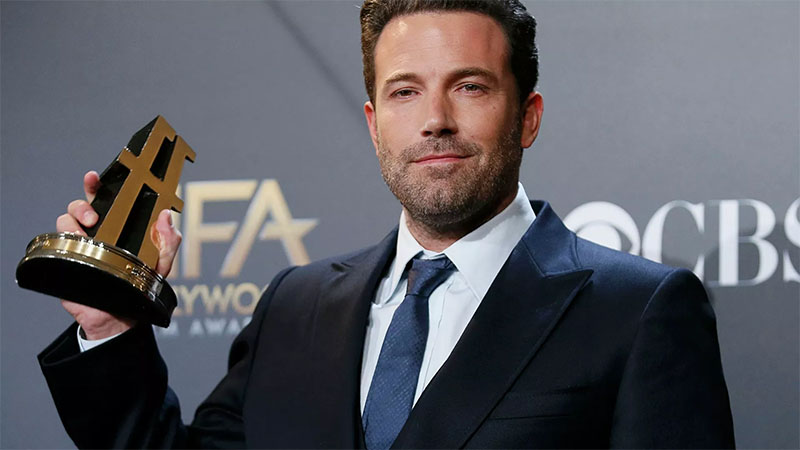 Academy Award-winning actor Ben Affleck was forced to intervene when an overly-intrusive fan attempted to take his picture at the airport in Venice on Saturday.
Affleck, 49, appeared to give a decisive shove as he put his hand briefly on the fellow’s chest, with the security team also stepping in.

The star who portrayed superhero Batman in the DC Extended Universe was leaving the city after he and Jennifer Lopez, 52, enjoyed a red carpet return at the Friday premiere of Ridley Scott’s medieval epic, The Last Duel starring Matt Damon, Adam Driver and Jodie Comer at the 2021 Venice Film festival.

The pair, who have rekindled their relationship, last stepped out onto the red carpet together at the premiere of Gigli in July 2003. It was on the set of that flick that Affleck and Lopez first met and began dating in 2002. After becoming engaged in November that year, the two ultimately called off their engagement in January 2004.

Earlier this year, the actors revived the flames of their once steamy relationship, so to say, “coming full circle.” According to sources, the two celebrities are “obsessed” with one another and are “in it for the long run,” according to People.