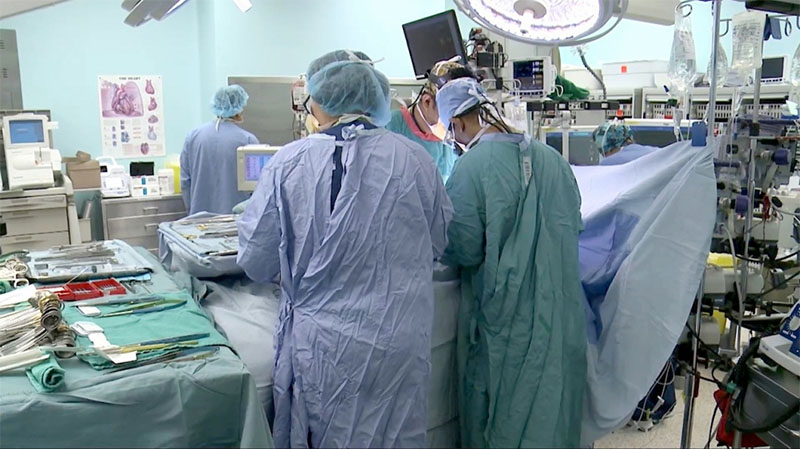 The number of people in intensive care units (ICU) in Alberta reached 256 on Monday afternoon, the highest level since the COVID-19 pandemic began more than a year ago.
And Alberta Health Services officials say 79 per cent of patients in ICUs are not vaccinated.

The previous high number for ICU admissions was 182, on May 18.

Provincially, ICU capacity was at 90 per cent as of Monday afternoon and officials note that without added surge spaces, that number would be 148 per cent.

The number of patients in ICUs has increased 19 per cent in the last seven days, says AHS.

Even if immediate measures to slow the spread of the highly contagious Delta variant were effective, hospitalizations and ICU use would continue to climb for another two weeks.

“We are very close to requiring triage to determine who gets life-saving treatment and who does not,” reads the letter, signed by eight members of the EZMSA.

All are medical doctors.

The letter says that while there are more ICU beds available, resources are being taken from heart and cancer surgeries, among others, to staff those beds.

As of last week, COVID-19 cases made up 62 per cent of all ICU admissions. According to EZMSA, 820,000 Albertans over the age of 12 remain unvaccinated.

The average cost of hospitalization for COVID-19 in Canada is a little over $23,000, while ICU stays are more than $50,000 per person, according to the Canadian Institute for Health Information.

That puts the cost of treating the current people in Alberta hospitals at roughly $15.8 million, most of which is preventable through vaccination.