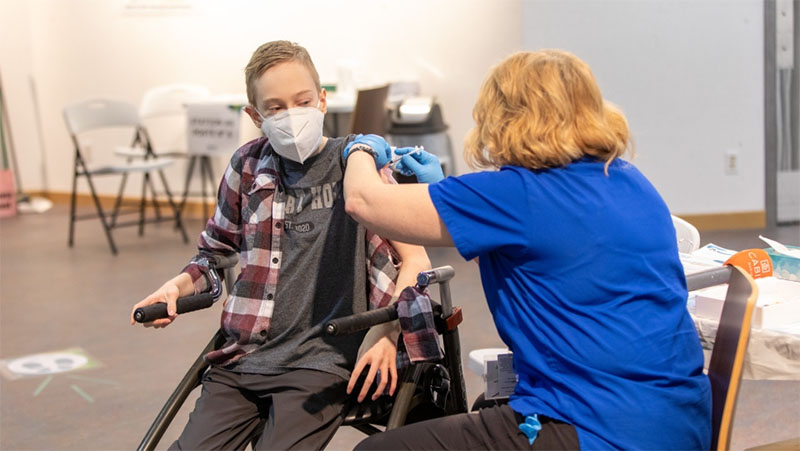 The top doctor in the Northwest Territories has closed all schools in Yellowknife and surrounding areas after a spike in COVID-19 cases.

Schools closed Tuesday — two weeks after students returned to classrooms — and are to stay closed until at least Sept. 24.

Kandola also ordered that private gatherings in Yellowknife and the surrounding area to be limited to 10 people. No more than five can be from another household.

The territory is dealing with its worst outbreak since the start of the pandemic. There have been 523 cases since early August after a hand-games tournament became a superspreader event.

The bulk of the N.W.T.’s 179 active cases are in three communities.

Kandola said she ordered schools to close because public health workers in Yellowknife can’t keep up with contact tracing and testing.

“Yellowknife Public Health is not able to complete testing and contact tracing in a timely fashion that would reliably prevent further transmission at schools,” she said.

The order to close schools represents “a very significant shift” in the territorial government’s response to COVID-19, Kandola said.

“The increase in COVID-19 activity in Yellowknife risks the safety of our students, especially those under the age of 12 who are not eligible for vaccination.”

Day homes and daycares are exempt from the order, but Kandola said she recommends that everyone in Yellowknife and the surrounding area work from home if possible.

“If you have the capacity to help, please reach out to your neighbours and fellow community members and help one another out where it is needed.”

Behchok’o, a community of about 1,800 people 110 kilometres northwest of Yellowknife, has been under a 14-day lockdown since Thursday to try to slow the spread of the outbreak driven by the Delta variant.

Yellowknife’s day shelter and sobering centre have also closed after a number of staff were infected. The government has said it is working to open a temporary shelter space.

Trudeau in Quebec, O’Toole in N.B., N.S., Singh in Ontario